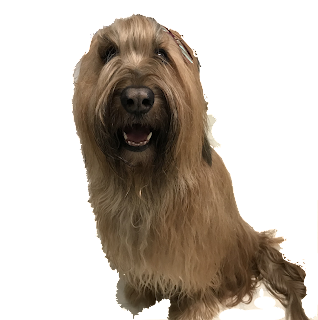 Chou Chou's birthday was April 7. She's been with me since she was 8 weeks old and it went so fast. Take a look at the beginning of the blog for her baby photos and her story.


She's still a bouncy, happy girl. As in past years, she had her party in the library with the other therapy dogs in the Read To A Dog program. Children and dogs, hats, and treats and cookies! 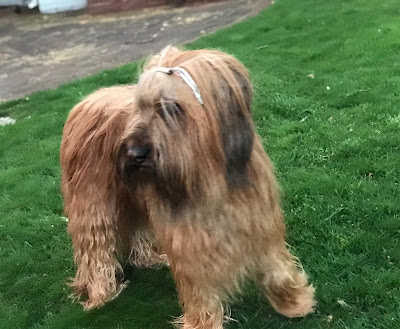 Before her grooming for the library, she went outside to play. That was fun. But even better, Toffee came to visit! 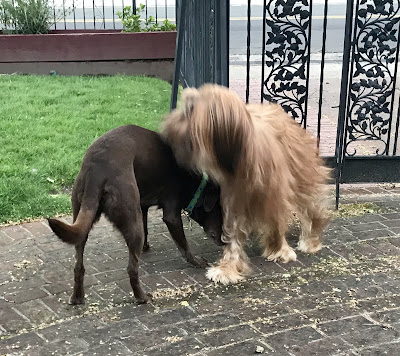 The children's book about Chou Chou, "Who Will Come To My Party?" tells the story of her 4th birthday, when Toffee didn't come. But as the book happily concludes, these two will always be friends. And here he is.

So off to the library. We brought dog cookies, and animal crackers for the children. We brought hats for the dogs. Chou Chou didn't mind her hat, but the other dogs quickly pulled them off. 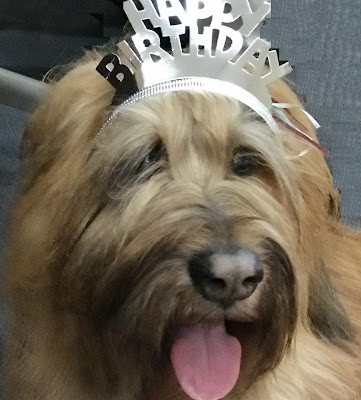 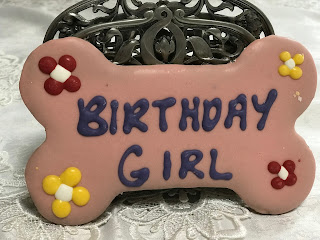 There was one large cookie, for Chou Chou and her friend 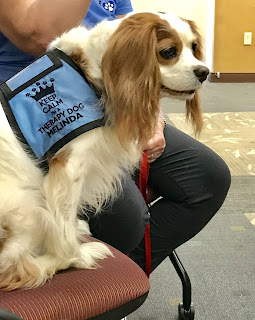 Melinda, who was celebrating her birthday, too (a few days after Chou Chou's, and she is 11)

But there was serious work to do. Chou Chou was there to help children learn to read. She is titled by the AKC as Therapy Dog Excellent, after completing 200 therapy visits. 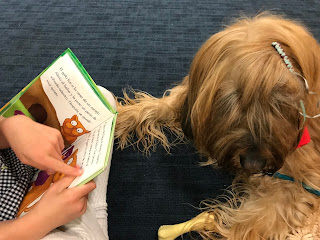 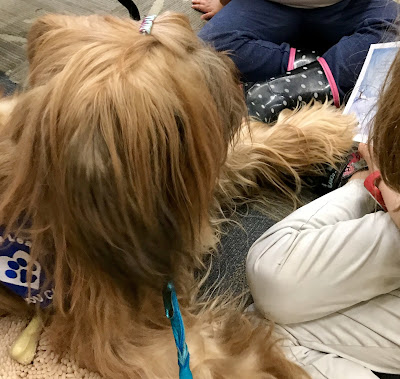 But she is not always the perfectly behaved
therapy dog, not even on her birthday.
Sometimes she whacks her paw on the book.
She's involved.

And by the end of the hour, she just wanted
to nuzzle a shoe and rest. 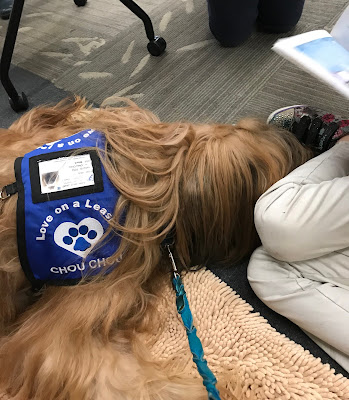 Time to go home (after vacuuming the cookie crumbs off the library rug). 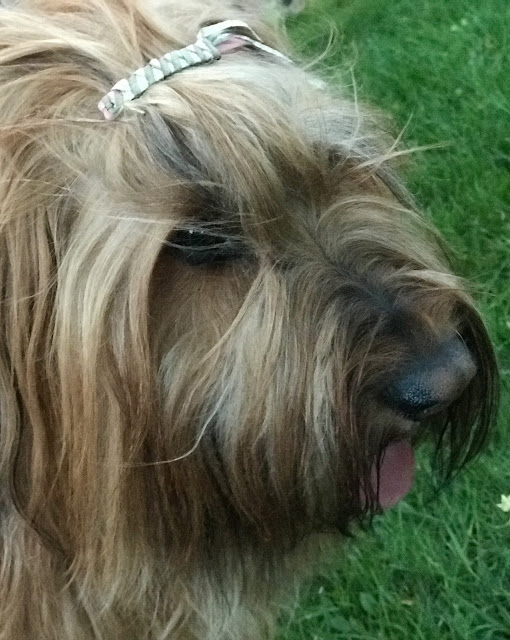