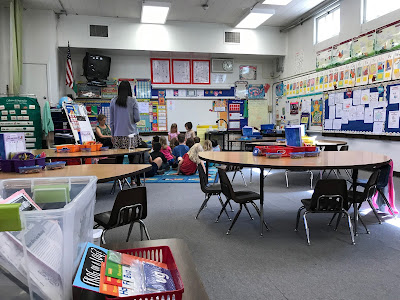 Can a dog go to kindergarten? Yes! Chou Chou is a therapy dog, helping children learn to read, and she was lucky to be part of a kindergarten class.

There is a school a few blocks from my house. I went over there and asked if they'd like a therapy dog reading program. The principal and kindergarten teacher said yes! And so I went from being a university professor back to kindergarten, and it was so much fun!

They had never had a dog at school, but it looked like the path was paved for Chou Chou. The sidewalk actually has paw prints from the sidewalk to the front door. 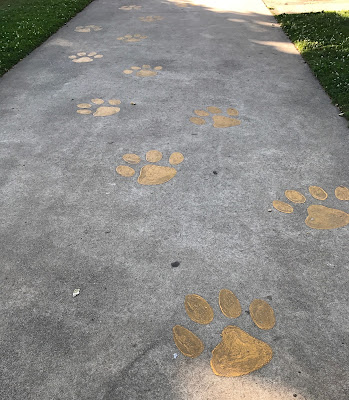 We visited once a week. When we arrived, we waited in the hallway until the teacher was ready for us, after the math lesson. 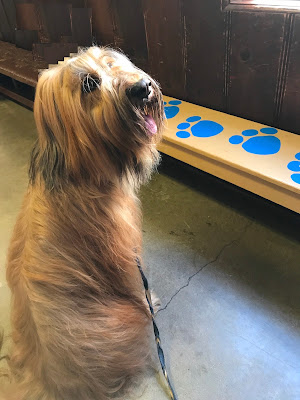 Even the bench outside the kindergarten door looked like it was there just waiting for Chou Chou.

Chou Chou sat in the back of the classroom, on her mat,
and two children at a time came over to read to her. 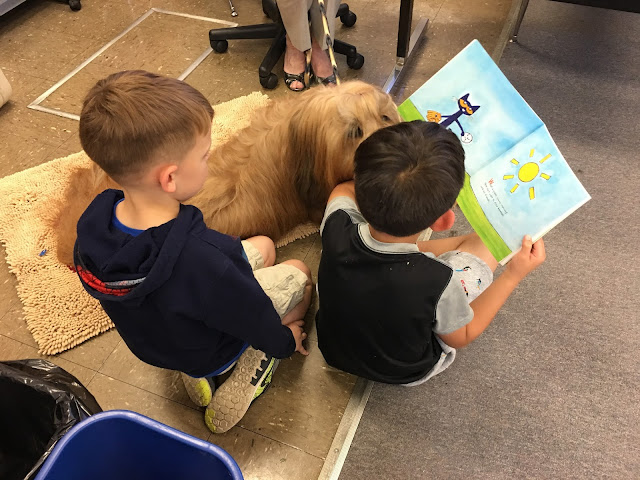 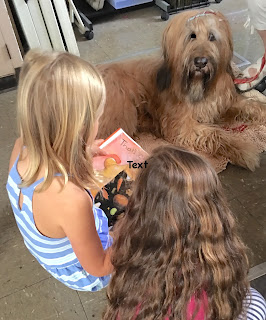 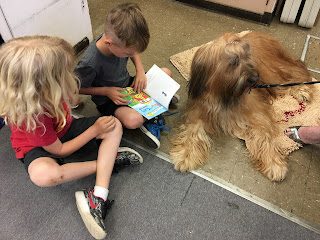 Sometimes a woman came to the class and baked little loaves of bread with the children. Chou Chou always got a loaf to take home. She didn't eat it all, but she ate some. 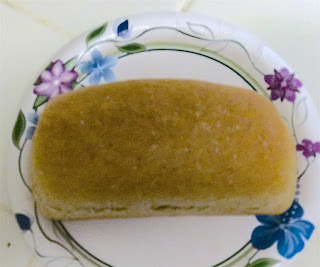 As we read in the back of the room, the other children in the class were reading with the teacher, or maybe watching a short nature film. It looked like they were having a good time! 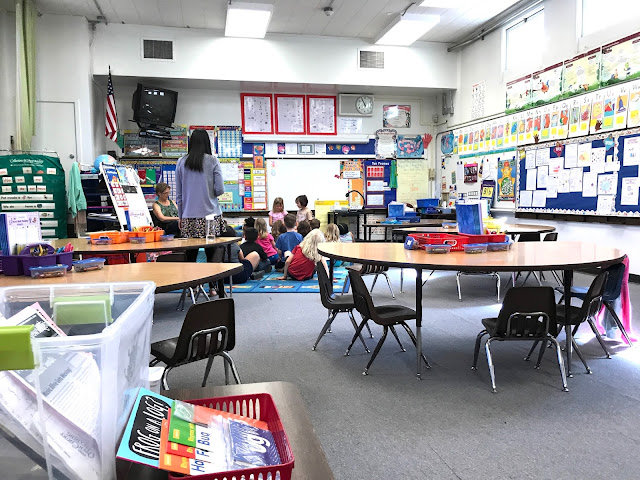 At the end of the period, they sometimes formed a circle and wished happy birthday to one of the children. One day Chou Chou was in the center of the circle.

When class was over, the children filed out in a straight line (mostly a line) and stopped to pet Chou Chou or give her a hug. I packed up, and we were done until the next week.

The school year ended. Our kindergarten program ended. There is a new principal, and I am waiting for him to decide if he wants Chou Chou to continue her work.  I hope we can go back to the kindergarten... or graduate to first grade. 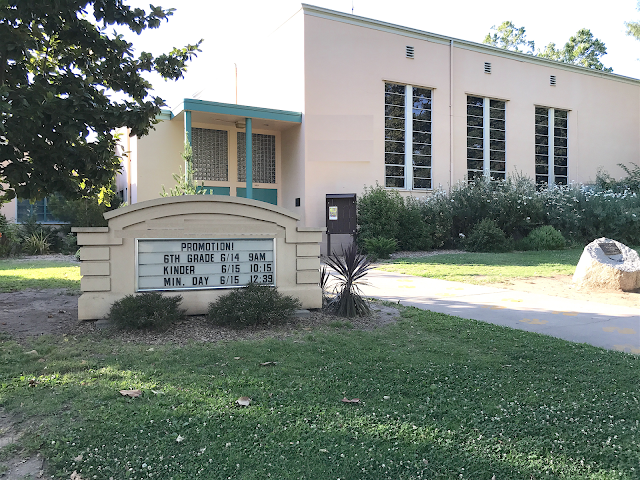