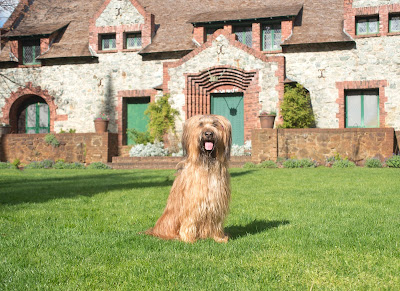 For National Puppy Day, Chou Chou took some of her favorite people to Empire Mine State Historic Park in Grass Valley, CA, for a photo shoot. This mansion was the  mine owner's home and is known as the Bourn Cottage.

It was a working mine --  one of the first and eventually the largest and most productive gold mine in California - until 1956.  It became a California state historic park in 1974. 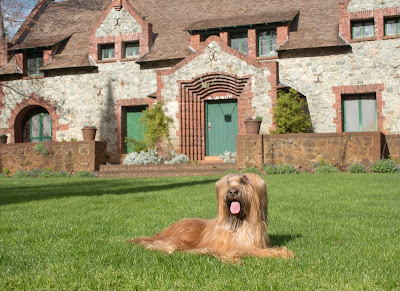 There were places dogs are allowed to go and places they cannot. We didn't see the Mineyard with the mine shaft, but a water wheel that supplied power was visible. The grounds are beautiful, with expansive lawns and gardens, and smaller cottages for the laborers, the majority of whom were recruited from Cornwall, England.

The mansion was built as the mine owner's  (Baron Bourn) home in 1897 using stones discarded from the mine's excavations. Chou Chou looked quite at home there. 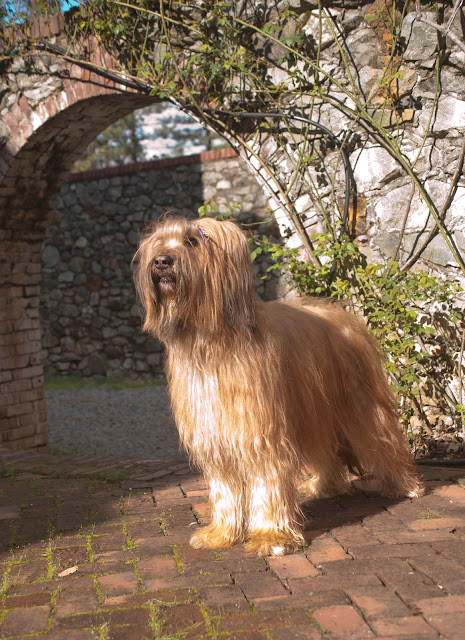 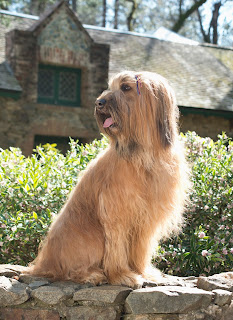 She was a patient puppy, posing for her photos. ("I pretend to be a famous French model!") 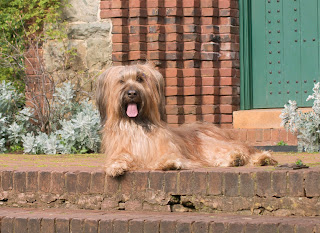 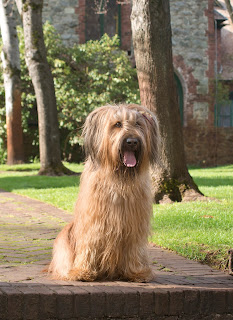 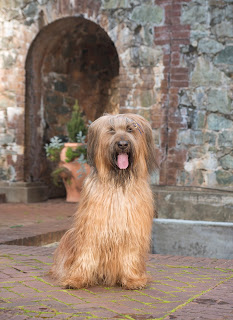 Outside of the mansion was a huge grassy lawn with a  fountain and pool. It was the end of the day. The park was closing. Everyone was gone... And then, I made a decision. I let her off leash. And she ran and ran, circled around the entire lawn, pranced and jumped, spinning, fast! So happy! It would have made a wonderful video, but I was so happy watching her joy that I missed the shot. I was also watching,  worried that she might jump into the fountain, but she ran circles around it. ("I am a smart puppy! I know what will get me in trouble!")


It was time to go. I put Chou Chou back on leash.
Maybe we can visit again another day.