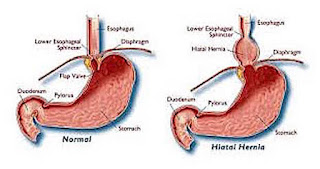 Back in December, Chou Chou woke up in the middle of the night distressed, burping, heavy panting, and lip licking. What followed was a long  path to diagnosis.

She went through a long and expensive series of tests in January and was put on, and taken off, numerous over-the-counter and prescription medications. The veterinary team thought it was mild irritable bowel syndrome. But I suspected that the cause was a piece of rawhide they pulled out during the endoscopy -- and  she did improve a lot after that -- but she still has bad nights with reflux. It's not uncommon in dogs or people, but why suddenly now?

Since our usual vets didn't have an answer, or a medication that would work, I went to a holistic veterinarian for the first time. That was a good idea. Chou Chou was started on herbs like HiPep, turmeric, and slippery elm bark. Now when she is having a rough time at night with reflux, I have something to give her to settle her stomach.

I also started VSL#3, a powerful probiotic used for people with colitis and irritable bowel syndrome; there have been clinical trials with dogs that indicate it is helpful. I changed her food from kibble to Honest Kitchen, a dehydrated food that is mixed with warm water. Easier for Chou Chou to swallow. ("Very tasty! Merci!")

I was easily up to $2500 in veterinary bills by now, not counting all the supplements. Saved by pet insurance (mostly).

It still nagged at me that I didn't know why this started so suddenly, or why it wasn't going away, or what I could optimally do to help Chou Chou. I decided to have the final test, a videoflouroscopic swallow study at U.C. Davis Veterinary Hospital. ("Very big words for a pup!") Chou Chou was fasted, then for the test ate kibble or soft food with barium mixed in, and had a moving x-ray taken as the food went down her esophagus.

The test revealed a somewhat weak esophagus -- food not going down smoothly - and an "intermittent" hiatal hernia. This was the cause of her problems. She's probably had a weak esophagus all her life, and something reached a tipping point in December that made her symptomatic.

Surgery for this is a major ordeal, rarely works, and unnecessary for her mild symptoms.  I will mange this, as I manage her hip dysplasia. It's not mega esophagus, which is a much more serious condition, but eating management is similar, though not as critical. I have a special needs dog. ("Oui! I am a special puppy!") 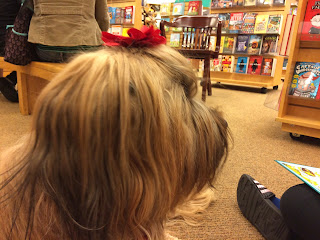