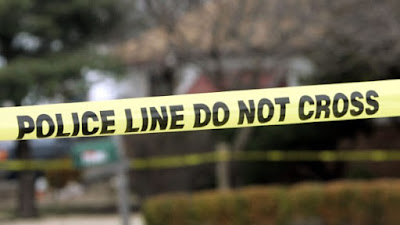 This is the curious case of a pup, her dog walker, a park, and a  pond with a dead body.

What do we know?

This is not a shaggy dog tale -- not in the sense of that as an expression meaning "something untrue." But it is about a real shaggy dog with a long tail and a real man floating in the pond. 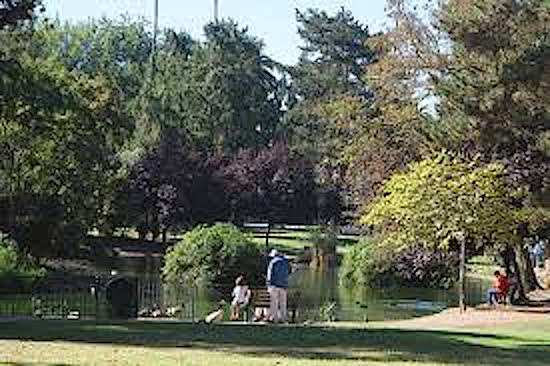 The facts as we know them:

McKinley Park is just a few blocks from my home. There's a playground where my daughter used to play -- right near a beautiful little duck pond -- and the rose garden where she got married. 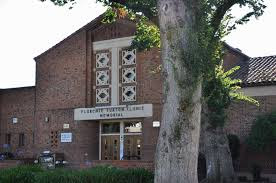 There's a library where Chou Chou does her therapy dog work; she helps  children read. We will do that tomorrow. There are old photos hanging inside that show lots of alligators in the pond! It used to be a small zoo.

There are tennis courts and basketball courts, and a community pool.

And around the perimeter of the park, one mile, is a running track for joggers. Chou Chou runs or walks around this park nearly daily.

So this morning at 10:00 am, she set out for a routine run with her dog walker. At approximately 10:15, they arrived at the side of McKinley Park with the duck pond.  This account was told to me when they got home: 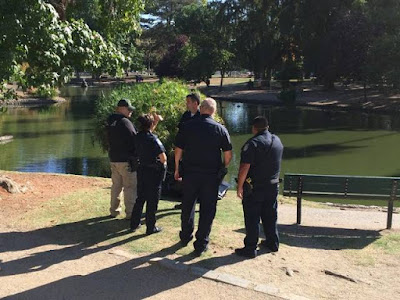 Police officers were there, along with reporters from the Sacramento Bee  newspaper. The body of a man had been pulled from the pond. Anasstasia and Chou Chou Briard were interviewed. ("What do I know?! When did I learn it?!")

Although Anasstasia said she was glad that he was already in a body bag when they arrived, she was very calm when she told me this. I've lived in this idyllic neighborhood for many years, and I was not calm! That just doesn't happen here! ("Well, it just did!")

A volunteer maintenance worker at the park was clearing debris from the water in the duck pond, paddling in her boat, when she spotted a floating bag, she thought. No, when she got closer she saw it was clothing; she tried to scoop it out with her pole but the weight of it surprised her and she realized it was a person, face down in the water. She called the police, and they used her boat to retrieve the dead body from the water.

The police described the man as approximately 40 years old and wearing basketball clothing. They said there did not appear to be foul play. ("Really?! A basketball player just drowned in a little duck pond?")

(" Last spring a dead body was found in McKinley Park in Chicago, IL! This can't be a coincidence!  I see a pattern here! I will investigate!")

Those are the facts as we currently know them. Maybe we will learn more tomorrow when we do our therapy dog program at the library, next to the pond. 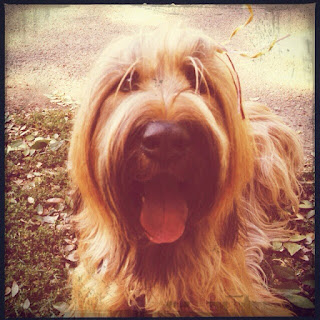 Wow Chou. . . that is one scary adventure.
I don't think I would handle it as well as you did.
Love Noodles

At the time, Noodles, I didn't understand what was going on! It's a good thing I had all my tags on when I met the police!