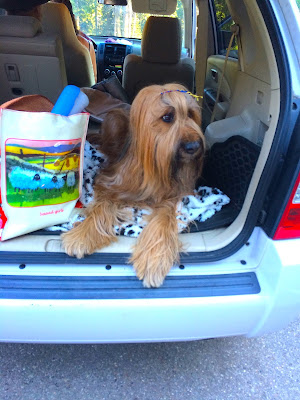 Time for another summer road trip with friends! This time  our destination was the forest.

It was a hot day in Sacramento. Every day has been a hot day. Too hot for a puppy to run and play, but we thought it would be cooler if we headed up Highway 50 towards Lake Tahoe. It wasn't.


From the air conditioned car, the scenery was beautiful. Streams and a waterfall, and an occasional little store along the highway. 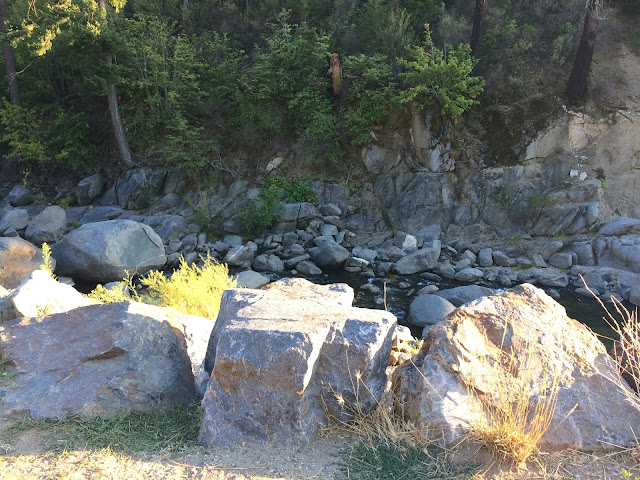 But we also saw the aftermath of the California fires, the heat, and the drought. Reminders of the harsh summer were everywhere. What should have been green was brown. From the windows, we saw dead weeds and charred trees, with only the top branches remaining. 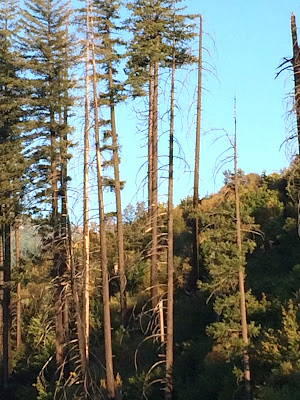 There have been 300 fires in California this summer, and fire season hasn't even ended. Firefighters and equipment were brought in from all over the country. My home is not near the woods, but on many days our air was too smoky and sooty to stay outside, and ashes fell on my car and the ground like snowflakes. 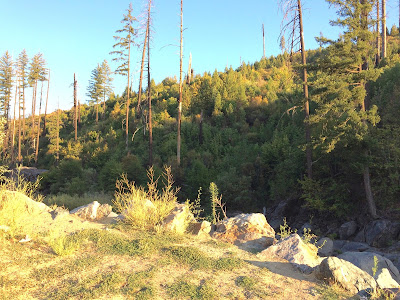 We drove on -- with friends Debbie ("My pet sitter and photographer!") and her husband, Nick -- to find some rock formations she knew about.


When we found the trail she was looking for,
we hiked up the rocky path. 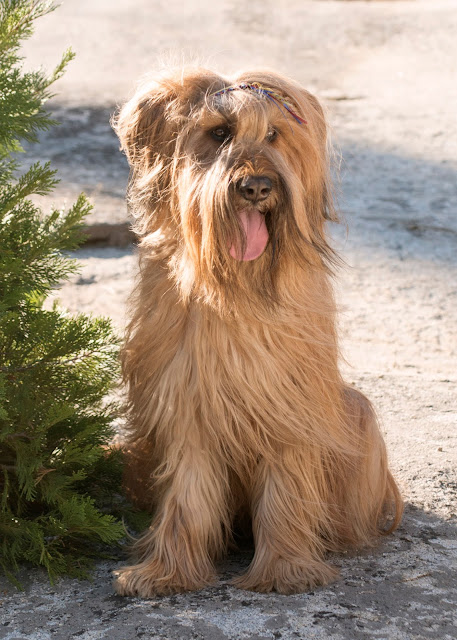 I had Chou Chou's water bottle, but the sun was bright, so we couldn't stay long. The path was dusty from 4 years of drought. Chou Chou's hair picked it up like a dust magnet. The more we walked, the more the hair on her legs was turning a dirty brown.  ("That's okay! I like my baths!") 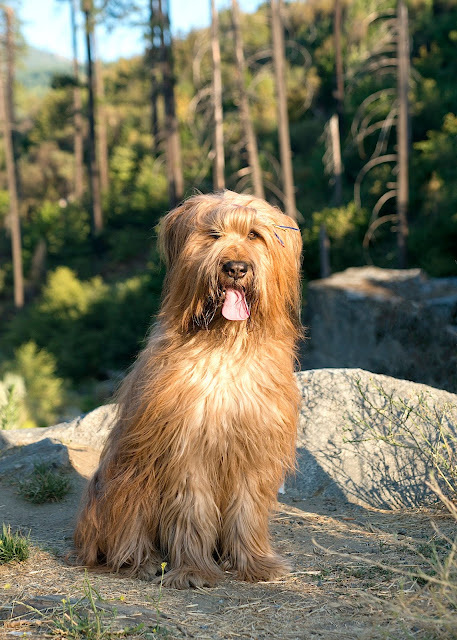 And finally we reached the spot Debbie was looking for.
It was beautiful, next to a creek. 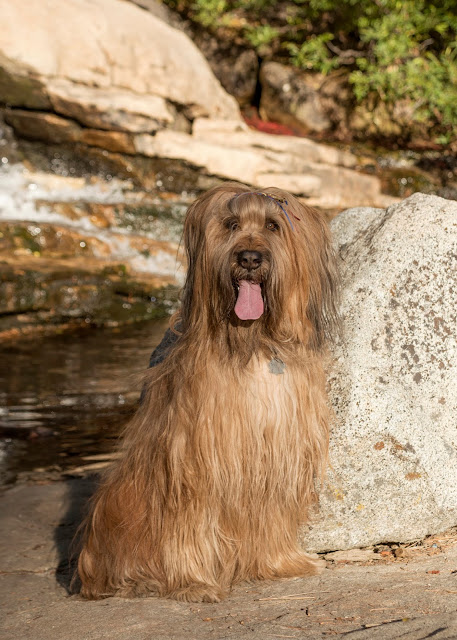 Debbie took a quick photo, and then we headed back to the air conditioned car. So many paths through the woods... which one would lead back to the car? Nick forged ahead and found the way back. Chou Chou trotted after him, and Debbie and I  lagged behind.

We had some water and some snacks in the car, then drove home. The sunset was beautiful. And at home, one very tired puppy got into her bed, with her fan, and fell asleep. 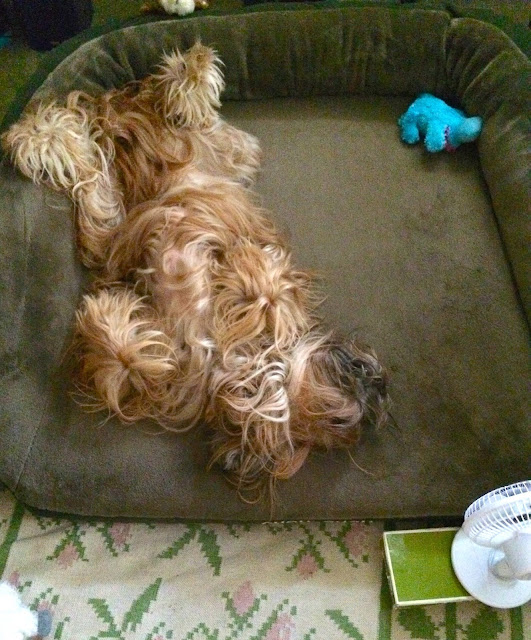