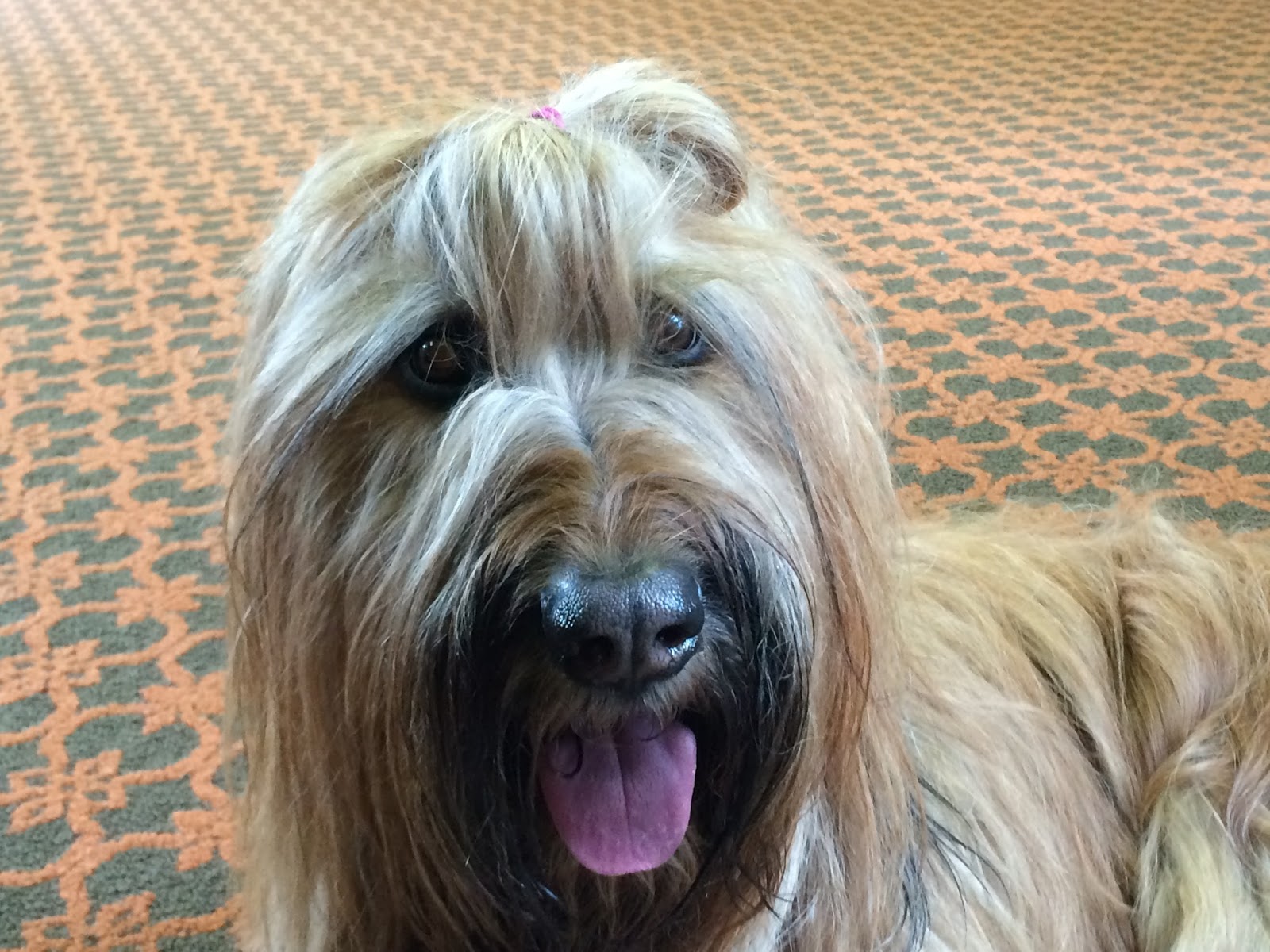 To celebrate, she had a birthday party in the library, during her Read To The Dogs therapy shift.

California is experiencing a severe drought, and rainy season -- with very little rain -- is over. But on Chou Chou's birthday, thunder and lightening and a downpour! ("I am not afraid of storms! I am a brave puppy!")

And then as quickly as it began, it ended and the sun came out... right before our animal-assisted therapy shift at the library, a few blocks from my home. Because of the storm, one of the dog/handler teams couldn't get to us. And there were only 2 children. ("So sad!") But her library birthday party preceded anyway. 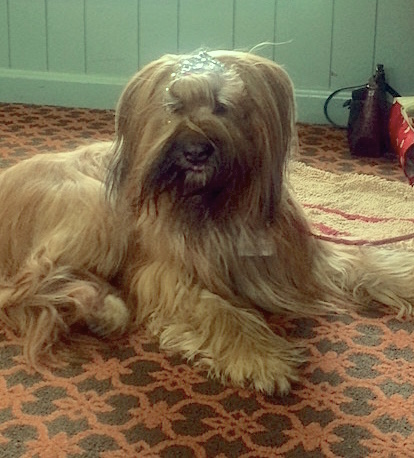 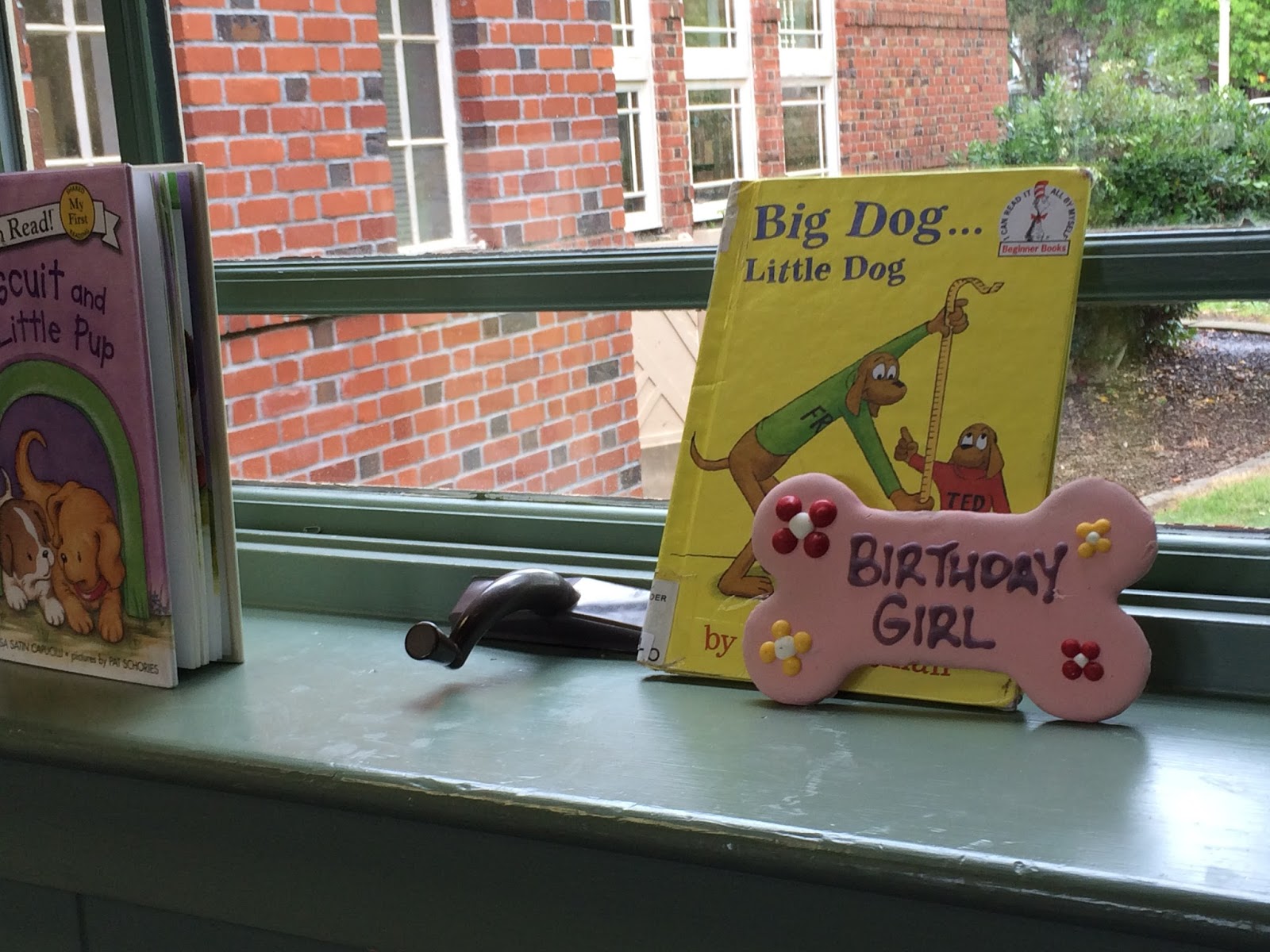 I broke it apart and we offered some to her therapy dog friends. 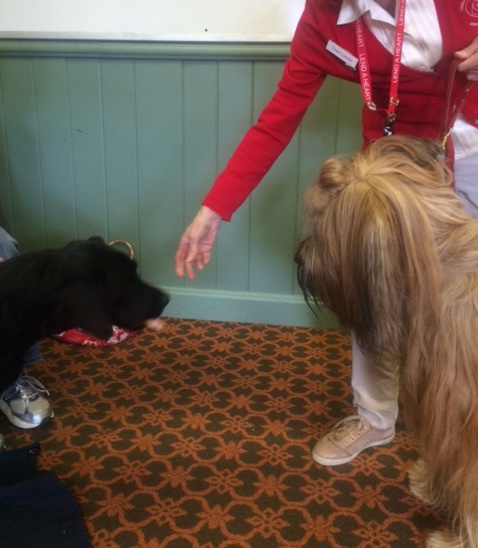 There was Woody, a black Labrador Retriever. He took his cookie piece from my hand and nearly took my fingers, too. Labs do that.


("He dropped it, so I fast grabbed it and ate it myself! Ha!") I gave him another piece. 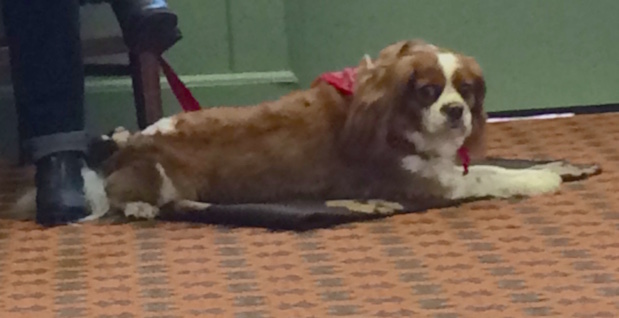 And there was Jasper, the largest Cavalier King Charles Spaniel I have ever seen. ("He did not drop his cookie piece. He ate it all himself! That's so sad!")


Two children came to read to the dogs,
and they wished Chou Chou a happy birthday. 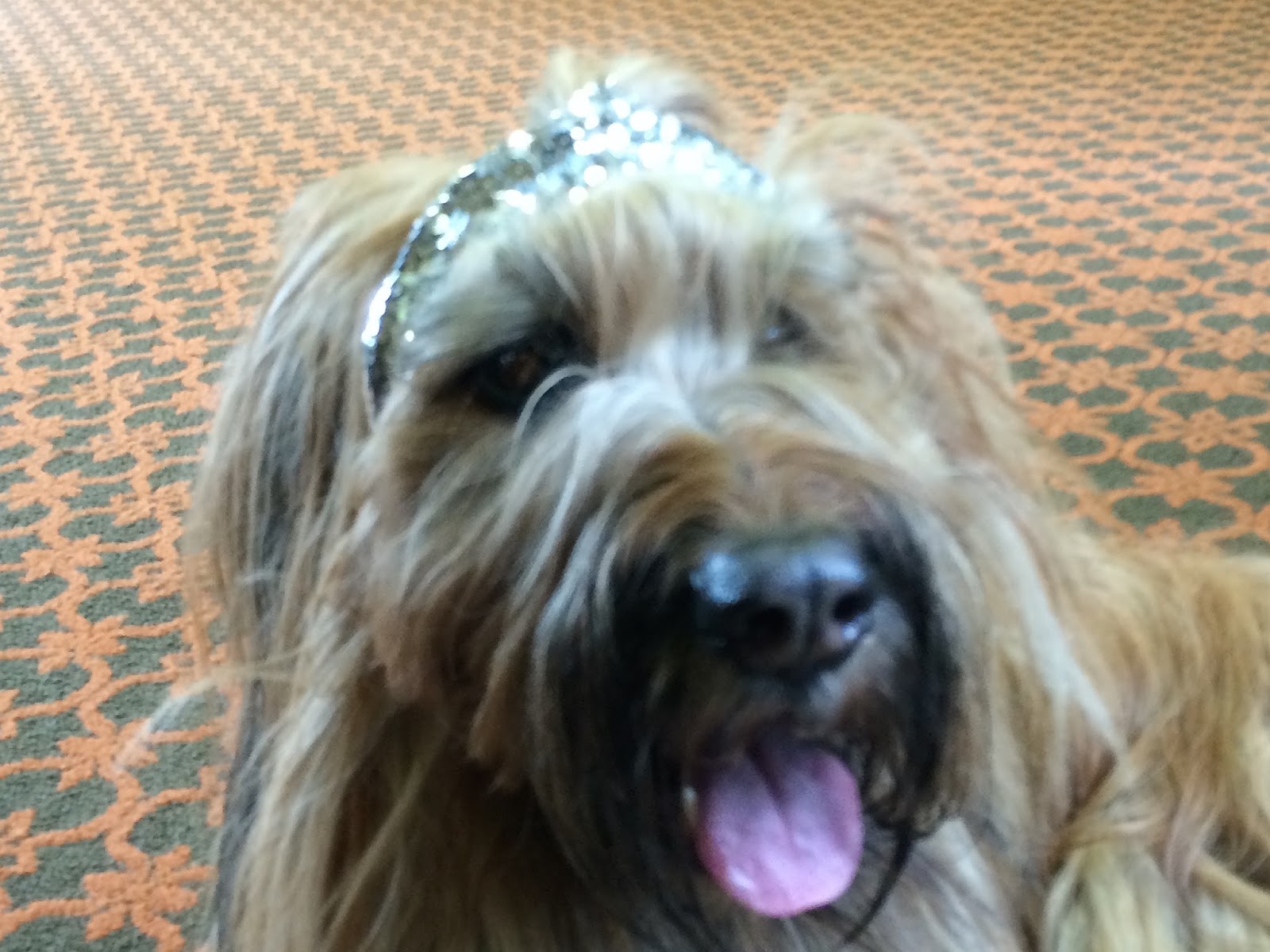 After an hour, our therapy dog shift ended, and we went home. At night, Chou Chou got a toy birthday cake, a music box. It played Happy Birthday to You -- over and over, until it wound down. There was no button to turn it off.


("I was a very tired puppy! Even my candles were tired!")