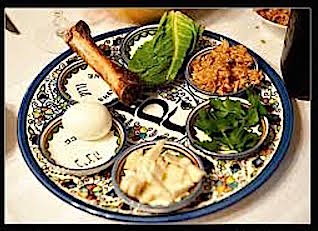 My friend invited me (and 7 others) to a Passover Seder -- a symbolic meal to retell the Jewish Exodus from Egypt. Seders can last for hours; I asked if he would mind if I left early, to take care of my dog. He responded, "Why don't you bring her."

"Wow!" That is so kind!" But wait... How would Chou Chou behave, in a room full of people, where she would have to sit quietly for hours near a table covered with food? Was this really a good idea? ("Oui! Very special! I was an invited puppy!")

She had a bath the night before, and a good brushing. This would be just like her therapy dog shifts... only much longer! I packed her mat for her to sit on; her water bottle and a towel; a comb; her favorite chew toy. And I brought little pieces of matzoh for treats. Matzoh is kind of tasteless, not rewarding, but I couldn't bring her regular dog treats into my friend's "kosher for Passover" home. 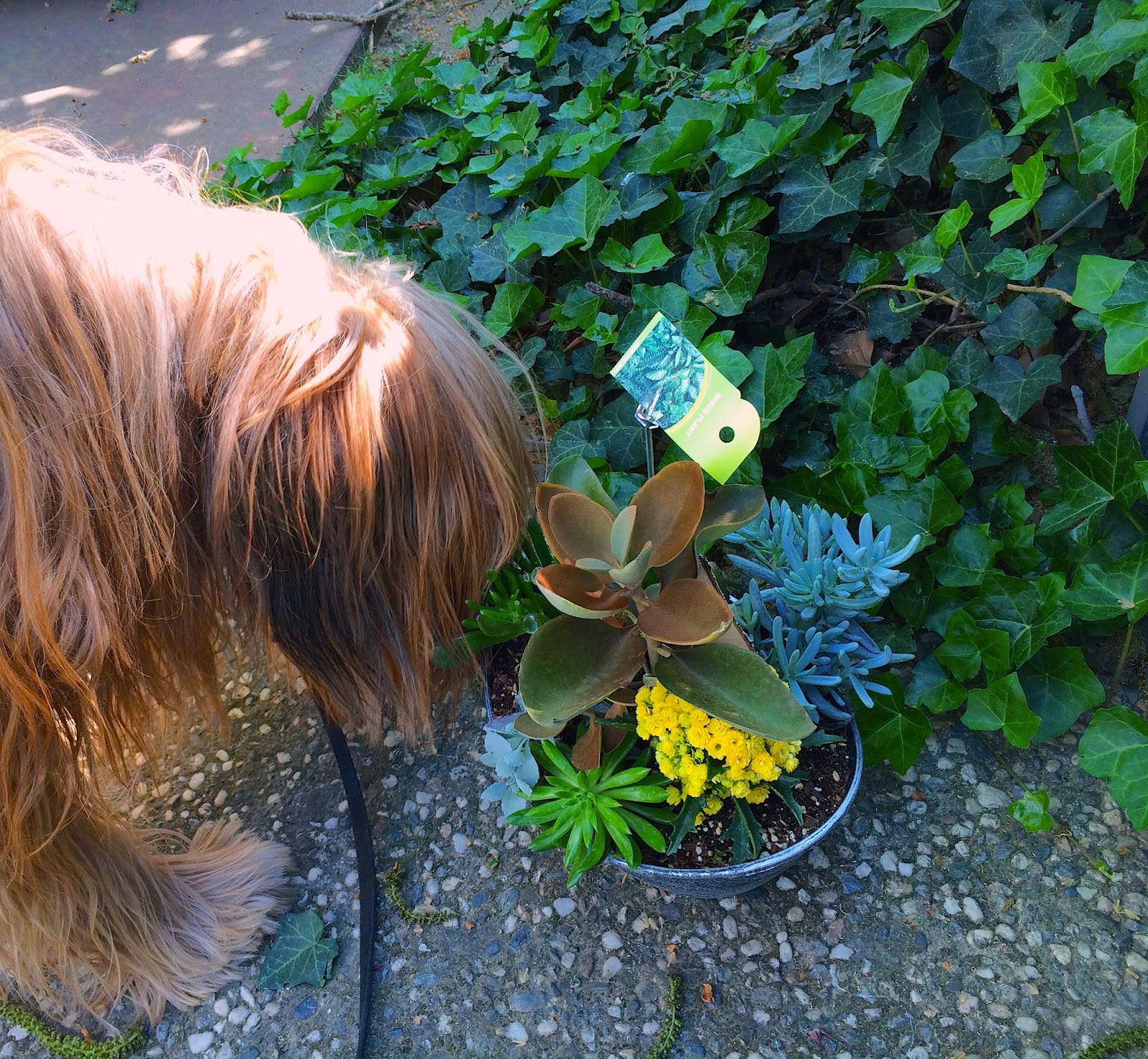 I purchased an arrangement of potted plants, as a thank you gift for inviting both of us. ("I am a thoughtful puppy!")

First stop: the synagogue, for short evening prayers. After that, we would go straight to the Seder; my friend lives down the street. So I put the pup in the car, with her bag of necessities.

As I drove, I worried. Would she swat guests with her big paws, or worse, jump on them? ("Maybe so! I am an affectionate puppy!") Would she sniff the food on the table? Would she wander around the room and not sit still? Suddenly this didn't seem like a good idea. ("I am invited, I'm going, so just keep driving!")

Oops! Animals are not permitted in the synagogue. What would I do with Chou Chou until the service ended? There was a small children's playground, enclosed by an iron fence and a latched gate. I put her in there and I went inside. But no, I was too worried about her out there alone. I went back outside, and I went into the children's play area with her. ("Such fun! We were latched in together!")

I felt silly -- at the synagogue, with a dog, walking around the children's play equipment. Then I had a better idea: the lawn! Behind the synagogue, there was a big yard, with a few trees, completely fenced in, and soft, thick grass. I took her out of the play area, removed her leash, and said, "Run!" And she did.

Chou Chou pranced, she leaped, she ran, she spun around. She was exuberant! I loved seeing her so happy. I don't have a big yard, so this was great exercise. And it was not a dog park where she could get hurt by other dogs; she had this all to herself. ("I was free!")

When the service concluded, I called to her, and she ran to me. We walked with others to my friend's home, with Chou Chou heeling nicely at my side.

At Larry's home, we were greeted by the other guests. I didn't know everyone, so I introduced myself and Chou Chou. She greeted each guest, eagerly going up to each person as she does in animal-assisted therapy. She did not paw or jump. She was sweet. Running at the synagogue wasn't planned, but it was perfect to get her energy level down. I relaxed; this was going to work out okay!

I spread her mat and she went onto it, as she is trained to do. And she sat by my side throughout the Seder -- attentive, watching and listening, in place. People had to step over her sometimes; she didn't mind. ("I was not moving! I was afraid of those pointy-heeled shoes!")

And to my surprise, she participated in the event. We went to the kitchen to wash our hands; my shadow, Chou Chou, followed along. Each time we stood with our wine glasses, she stood. When we sat back down, she did the same. We ate matzoh, and Chou Chou ate matzoh. ("Flat, but very tasty!") 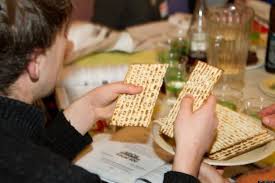 After a couple of hours, as we recounted the Jewish Exodus from Egypt, Chou Chou fell asleep.

We left at midnight. Everyone seemed to have enjoyed Chou Chou at the Seder. Briards are such special dogs -- so smart, and involved with everyone around them. She was a polite guest, curious and sweet like a small child. ("Better than a child! I was a patient puppy for hours!")

And so, my answer this year to the Passover question -- "Why is this night different from all other nights?" -- was, "Because Chou Chou came with me to the Seder!"

Consistent with Passover observance,
no photos were taken  at the sedar.
Posted by Chou Chou at 3:16 PM

I loved reading about your Seder, Chou Chou. How many dogs go to Seders! You were very lucky and you were such a good girl!