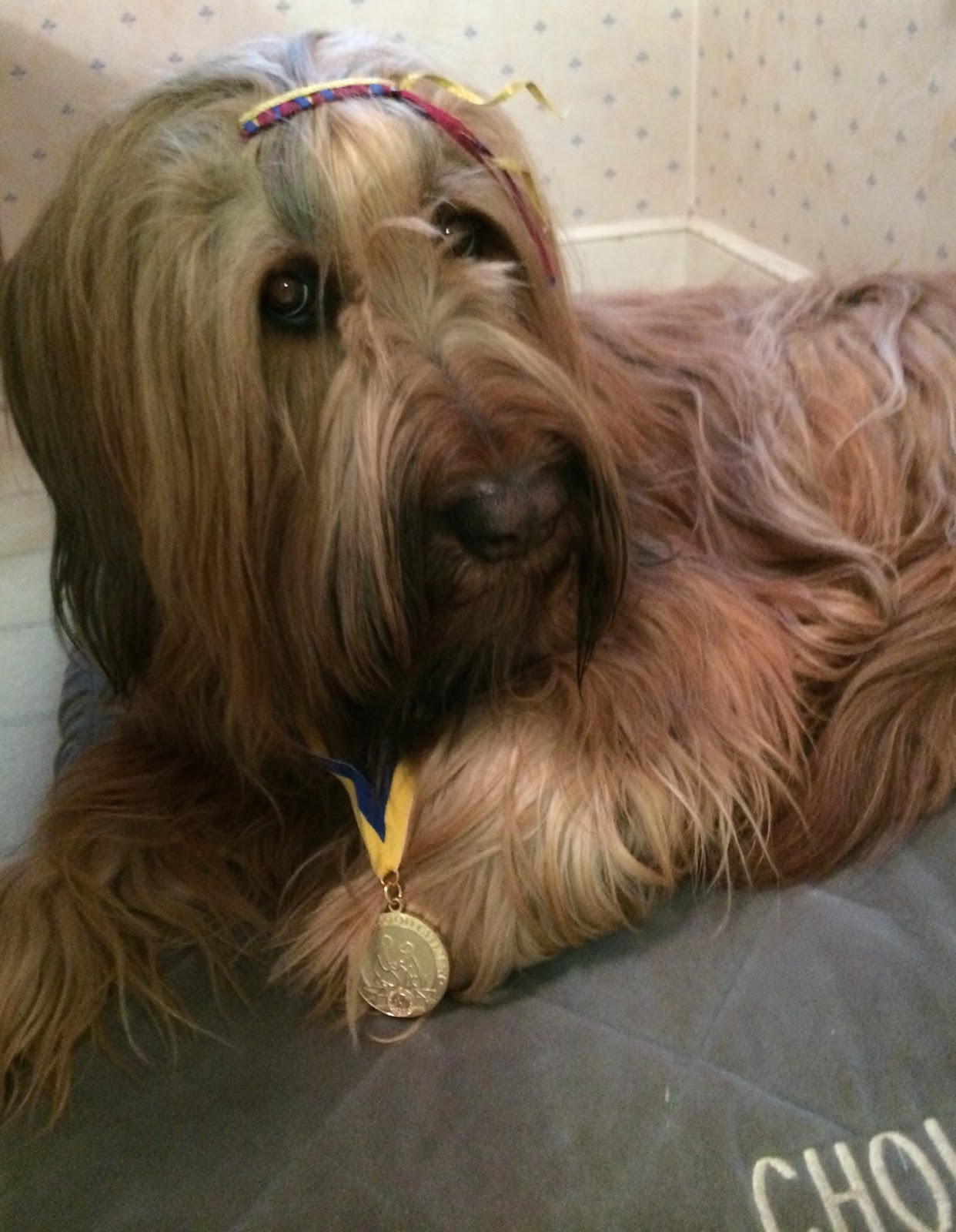 Certified therapy dogs are evaluated to be sure they will accept children who may not know how to handle a dog.

Here are 8 behaviors that dogs generally don't like; this is something parents can teach their children.

1. Approaching the dog from behind and touching his rear:

If the dog is looking ahead, and someone comes from behind the dog and touches them, it will generally startle the dog, who will swing around to see who's there. When possible, always go around to the front of the dog, to let her see you and greet you.

Children just naturally want to hug the cute dog. Some dogs will freeze with anxiety, some will yelp, some will even growl. Dogs generally perceive hugs as being confined, and being touched on the shoulders as a show of dominance, and they don't like it. Sure, some dogs like a good hug. But the child will be safer learning to ask the owner before hugging.

Many dogs don't like to have their feet touched. Dog groomers know how hard it can be to brush out some dogs' paws. Even a dog trained to shake/high five/give paw may react differently to a stranger picking up their paws. Ask the owner if the dog would mind.

4. Thumping a dog on the head:

Haven't you seen this? A well meaning person "patting" the dog's head over and over and saying, "Good dog!" Would you like to be thumped on the head?

I don't know why people do this, but it's fairly common; some people think it's funny to bend over the dog and blow in his face. This is interpreted by most dogs as aggressive and they might react by snapping or actually biting. Some of us have purposefully taught our puppies to tolerate this behavior (with lots of treats), just in case it ever happens to our dogs. But no one should blow in a dog's face.

If someone waved a book right in front of your face, wouldn't you be anxious that the book might hit you in the face? Dogs are no different. Children can be taught not to wave things close to the dog's face. This includes wiggling fingers hovering in front of the dog's eyes.

7. Rubbing the hair back and forth:

Oh, what a mess. Rubbing the coat in circles makes knots. It's also not comfortable for the dog. It's best to pet in the direction that the hair grows (from the dog's back downward) or from the front of the dog to the back.

8. Calling the dog's name over and over:

If there is no context, if someone is just saying the dog's name over and over, the dog doesn't know what you want. Very frustrating.

These are just a few behaviors I've observed during my animal-assisted therapy visits with Chou Chou and the other dog/handler teams. The children love seeing our dogs, but those who have not been around dogs of their own may benefit from a few suggestions from adults. The therapy dogs will react well, but children need to learn what might bother other dogs.

I'm sure you can think of other behaviors people do in good faith that dogs interpret badly.