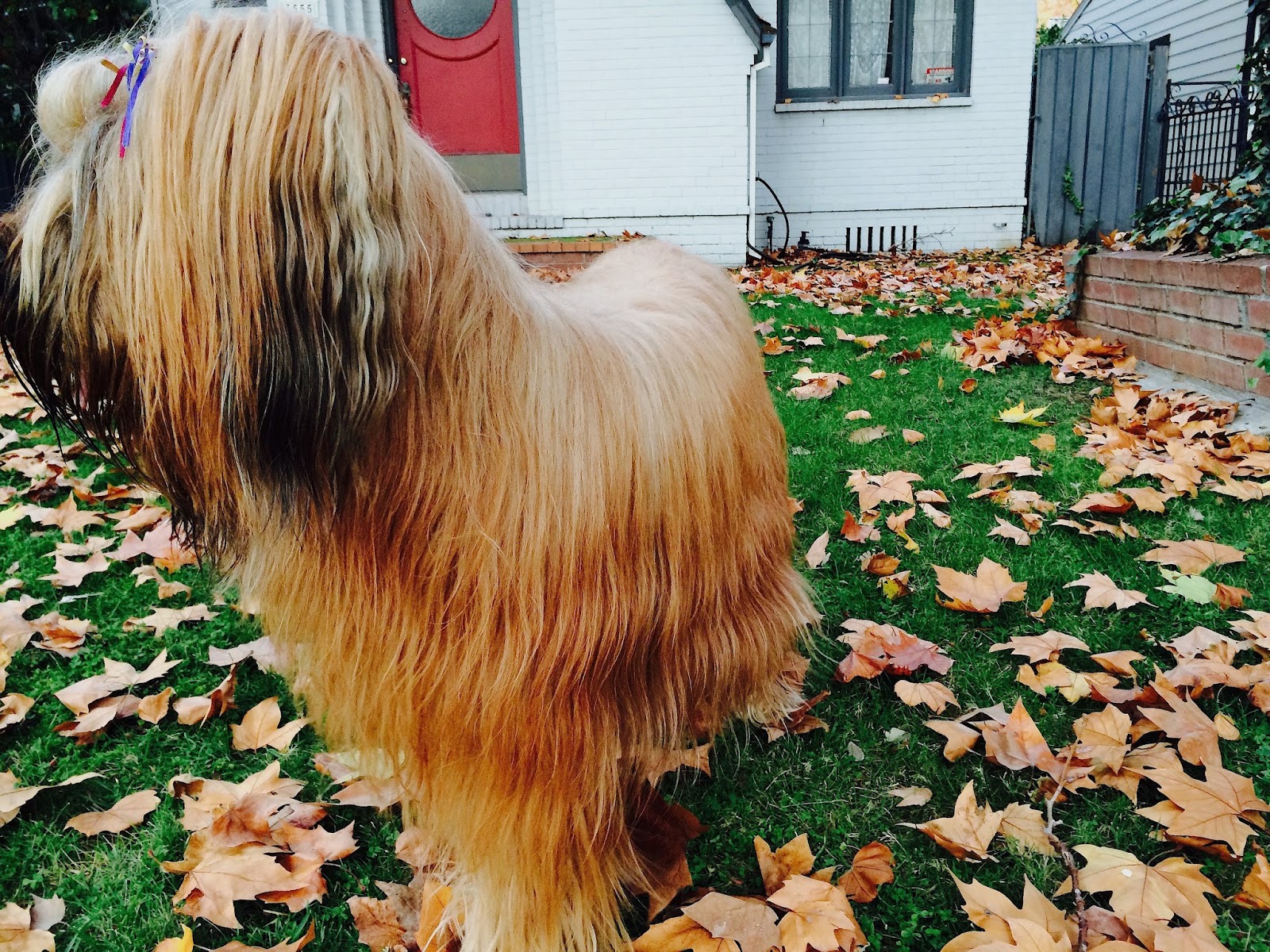 It was a beautiful Fall day. Chou Chou loves to run through the leaves. But at night, my house almost burned down!


I am always up late at night. But that doesn't mean I am outside. Three nights ago, at 11:30 pm, I went to the drugstore; I experienced some chest pain and got in the car to buy some aspirin. Not the smartest thing to do, but that's what I did.

I gulped down 4 baby aspirins in the parking lot at RiteAid and drove home.

I thought I saw something glowing between the boards of my wooden fence. It was midnight... was I imagining this? Then I saw smoke, and then whoosh! Flames were coming up from the other yard, and my fence was on fire! The flames were only about 2 feet from my detached garage, which has old, brittle wooden shingles on the front and on the roof. And the flames were just a few more feet from reaching the back of my house.

I picked up a hose and sprayed water over the fence, briefly, but the fire became too big too fast. The fire was going up the tree near the fence, too; I couldn't tell what was burning over there.

I quickly called 911 for the fire department. Then I grabbed my sleeping bird off her perch and pushed her into a carrier to evacuate. The flames were very close to the back room of my house where her cage is, and even smoke can be deadly.

I put a leash on Chou Chou and went out the front door with both of them. Chou didn’t like the smell of the smoke and panicked, pulling on her leash hard, trying to run away. I didn't want to lose my grip on her leash and lose her, so I shoved her back into the living room for the moment. The fire was nowhere near the front of the house.

So I learned she is no Lassie: My fence is charred right through and will have to be replaced, and all that is left of their garbage can is the wheels. Reminded me of The Wizard of Oz, when all that was left of the witch was her shoes.

But look how close this was to my garage! A firefighter said that the moss on the roof probably saved the structure. That, and the fact that I saw the fire and called 911 just as it started.

The tree's branch is dead for sure; perhaps the rest of the tree can be saved. 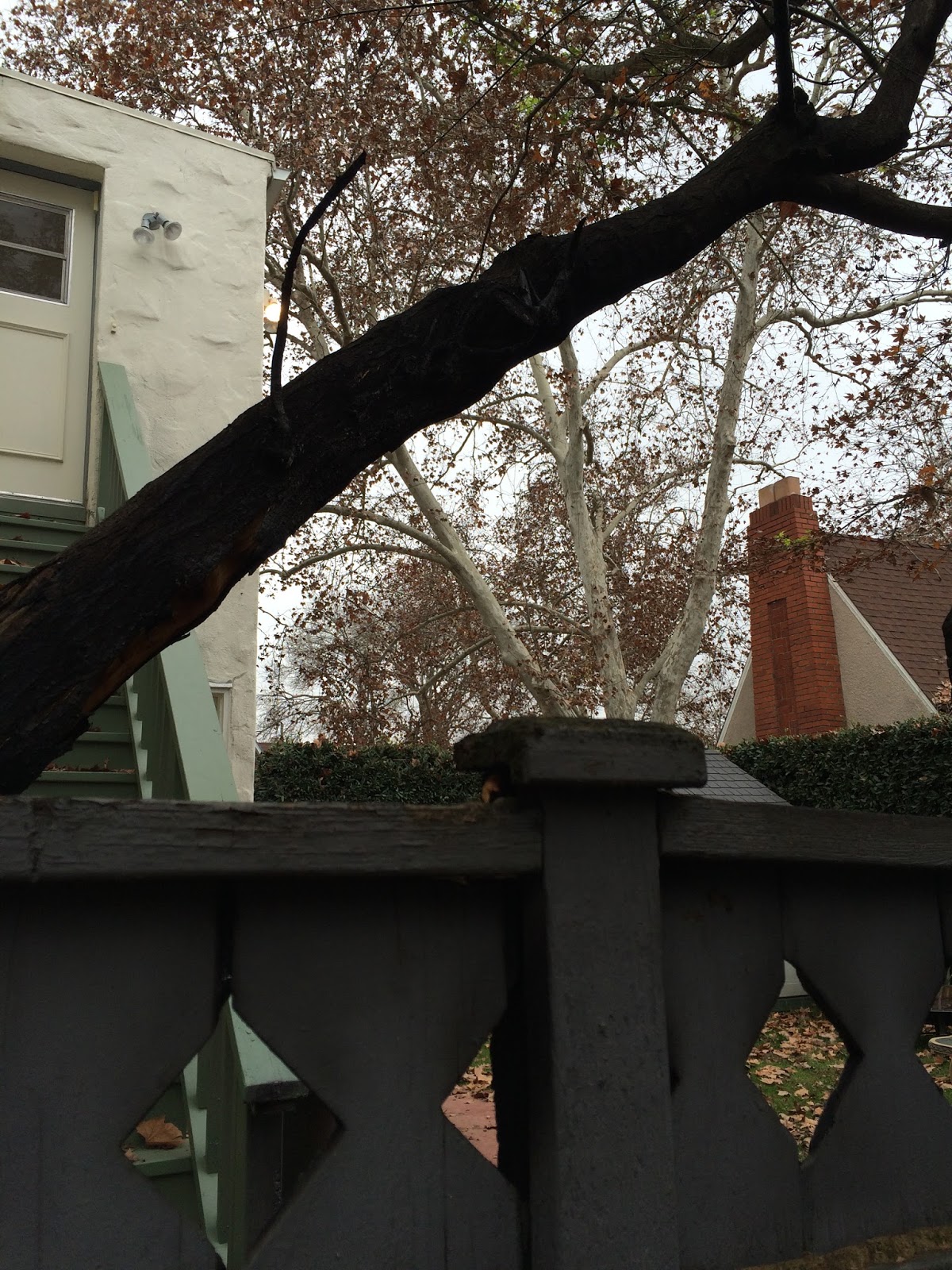 After the fire was out, the firefighters did an EKG to see if I was having a heart attack. It seemed normal, so I went to sleep and reported it to my doctor in the morning.

Whatever was going on with my health, going for the aspirin at midnight and then noticing the fence saved my house, and the other house, from burning. And if we had all been asleep and the smoke seeped in, it could have hurt people and pets, too. But let's not think about that!

It's Chanukah. The story of a great miracle. (I was so helpful! Just like Lassie! I saved the house! I am such a brave puppy!") 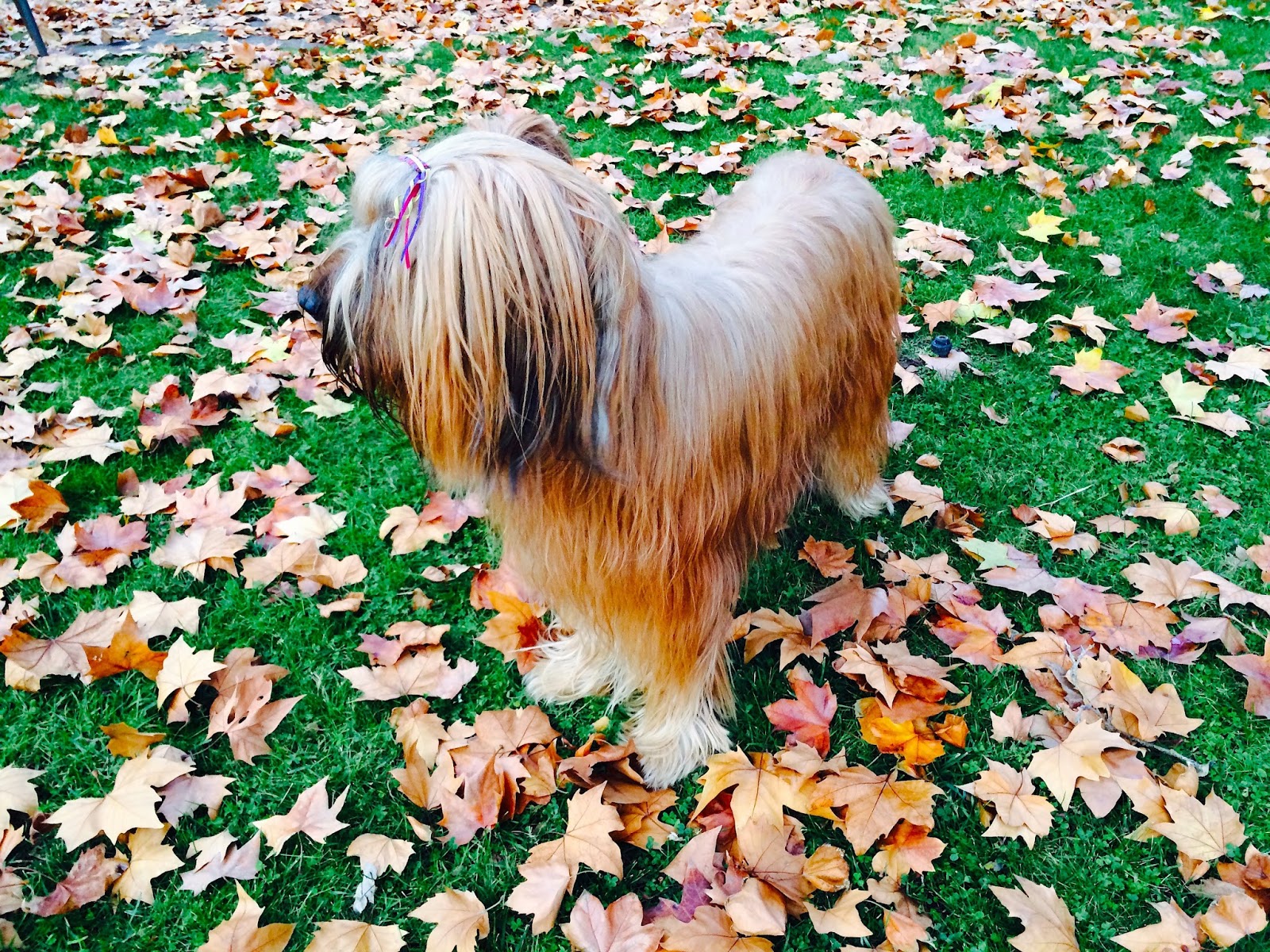