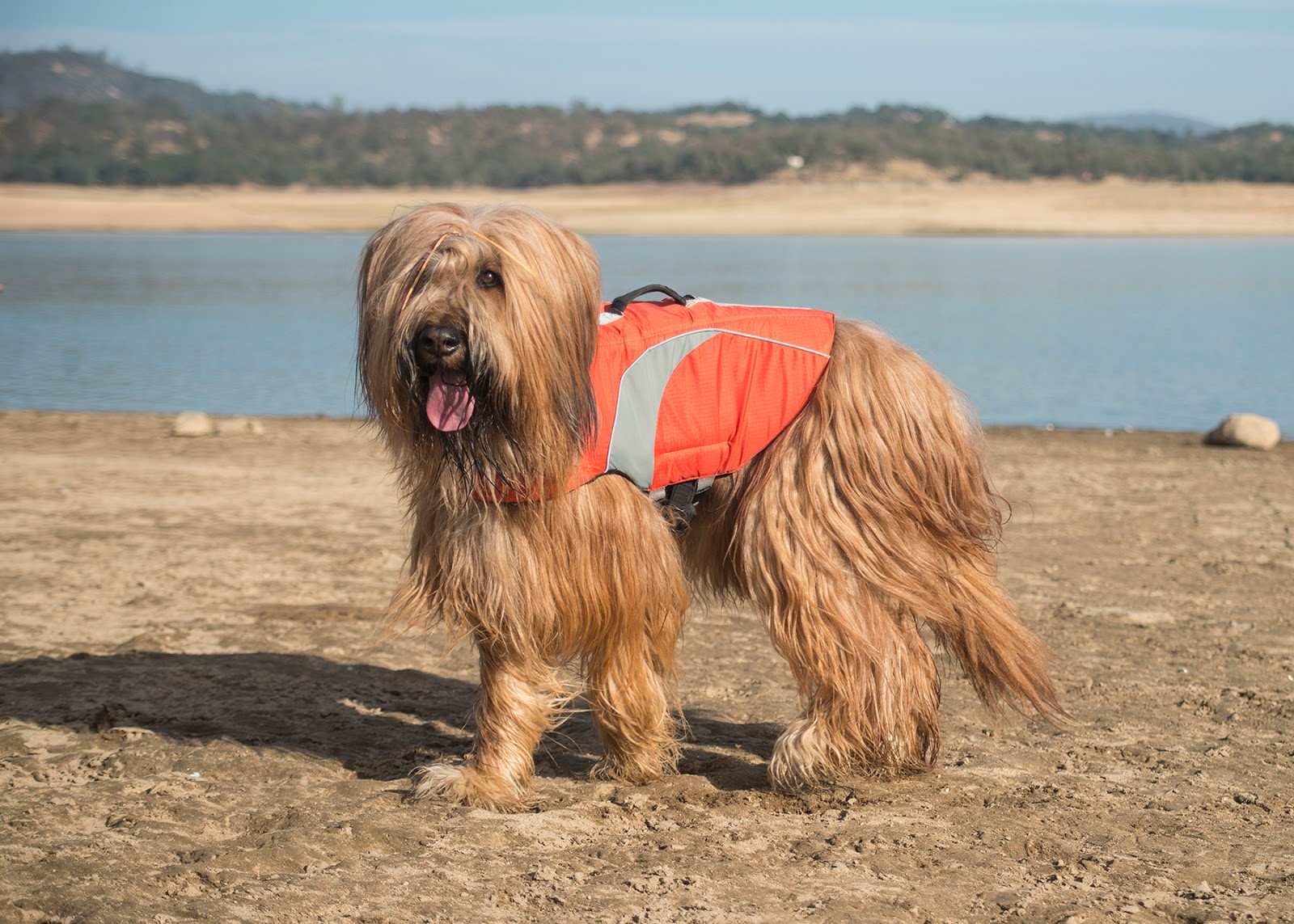 On a beautiful Fall day, my two friends picked up Chou Chou and me, and off we went to Folsom Lake to go kayaking! Nick was  our trip leader and Debbie was our photographer.


Chou Chou had never been in a kayak; neither had I. She put on her life jacket and ran around in the sand. She was standing on what is normally the bottom of the lake, now dried up from the drought.

I didn't know how she would react. She loves bathtubs, underwater treadmill, and my friend's pool. I was afraid she might jump out of the kayak into the water. So to be safe, she wore a 16' lead, which was tied to the kayak. If she jumped in, she could swim, but she couldn't drift away.

She tried to run into the water from the shore; it took all my strength to hold her back. Then Nick took out the kayak, and she backed away. ("A giant banana thing! Scary!") 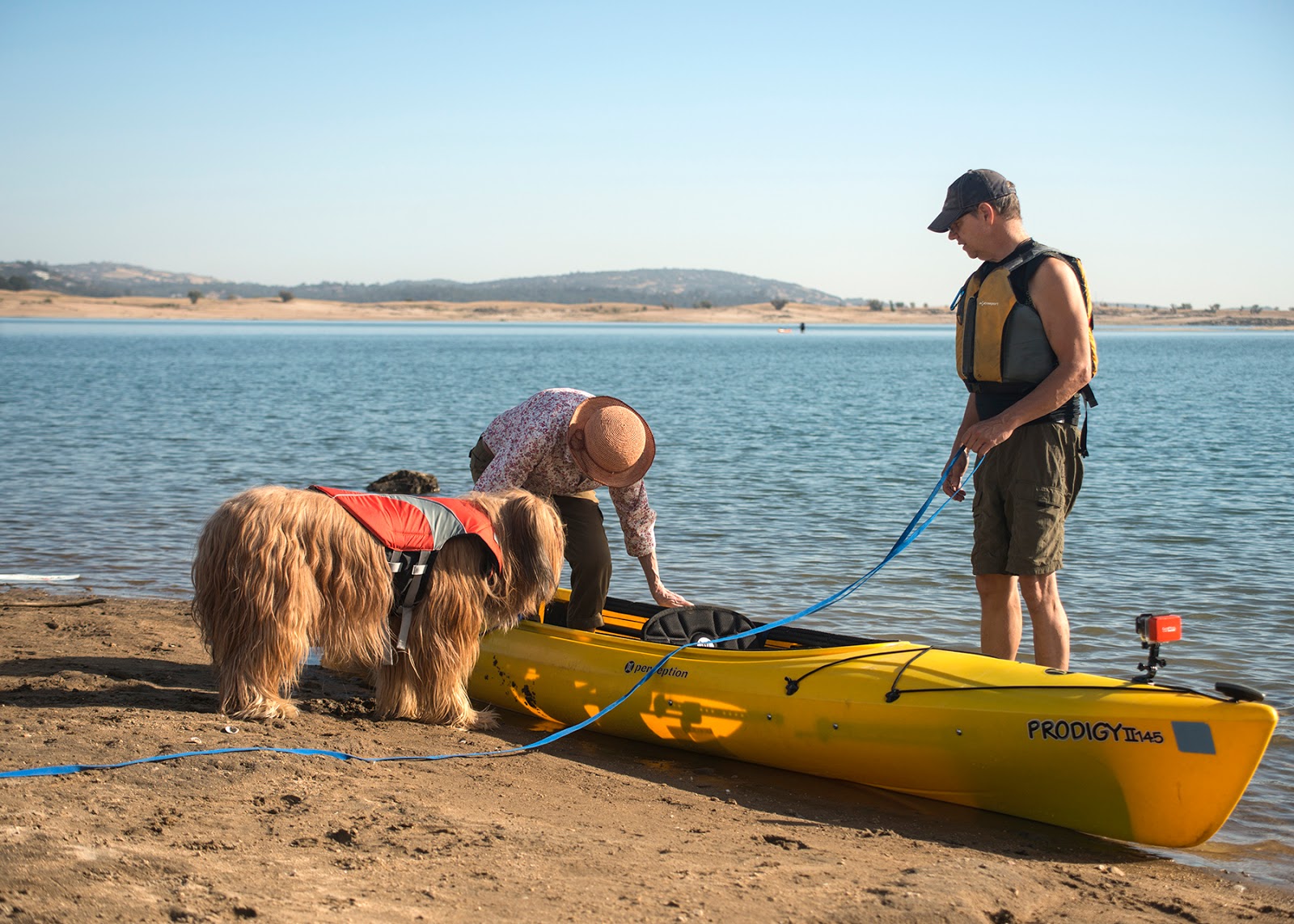 But I coaxed her forward. She's a trusting pup, so when I got in, she got in, too. 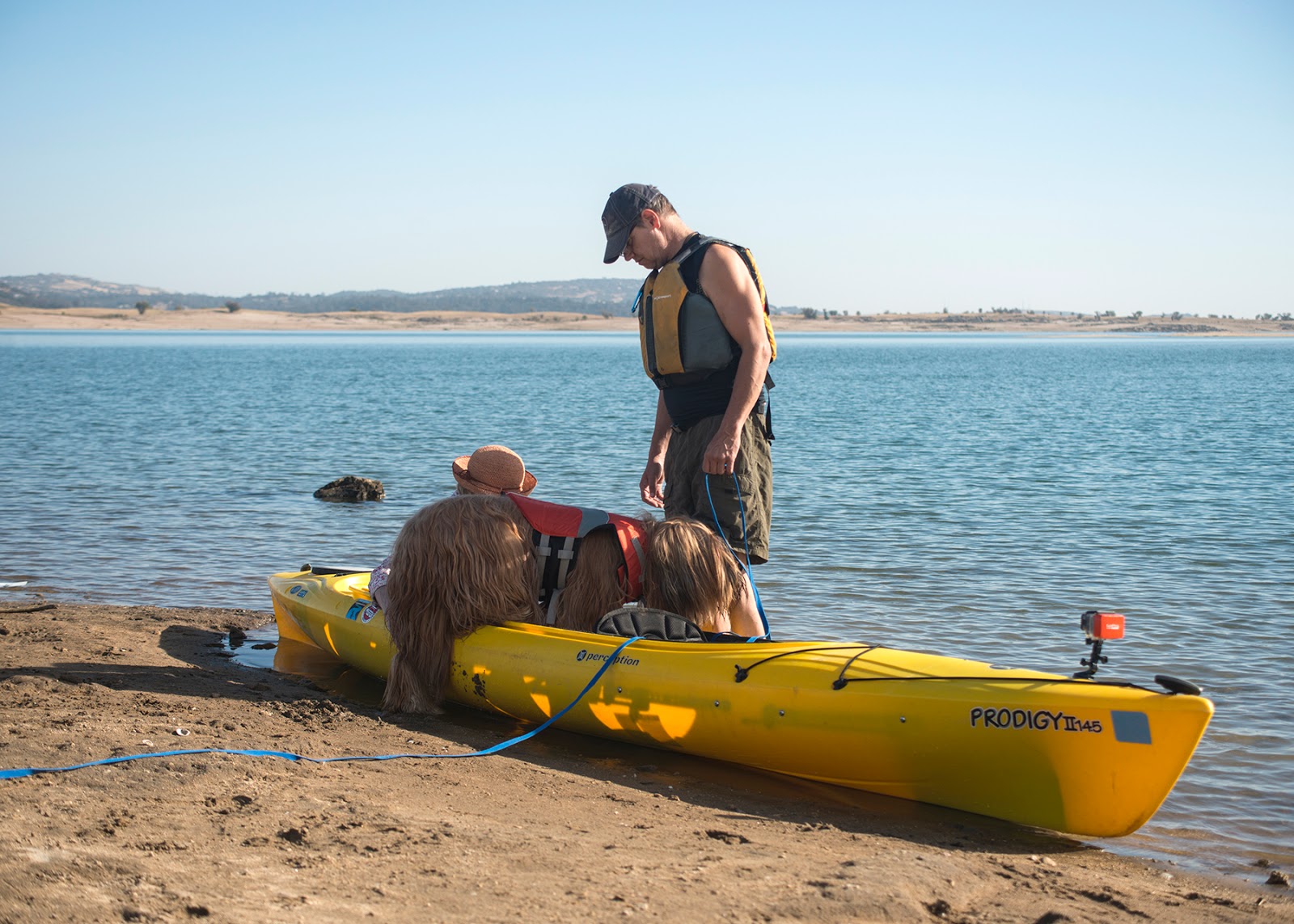 It wasn't easy getting her settled. She had to figure out how to sit in front of me, not on me. ("It was a bit squashy!") But with some pushing and shoving from me, she found a comfortable spot in the kayak. 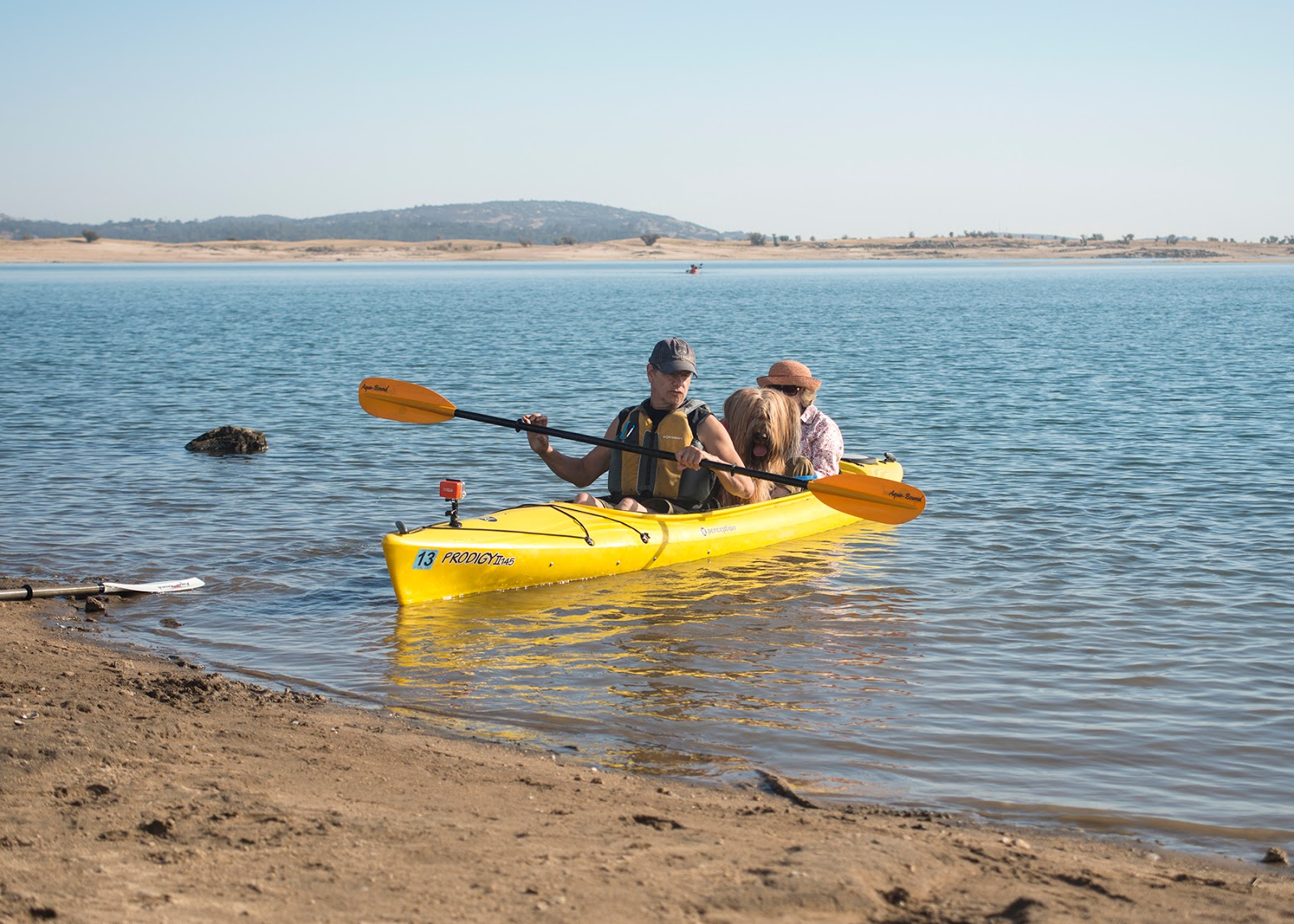 Then we were on our way. 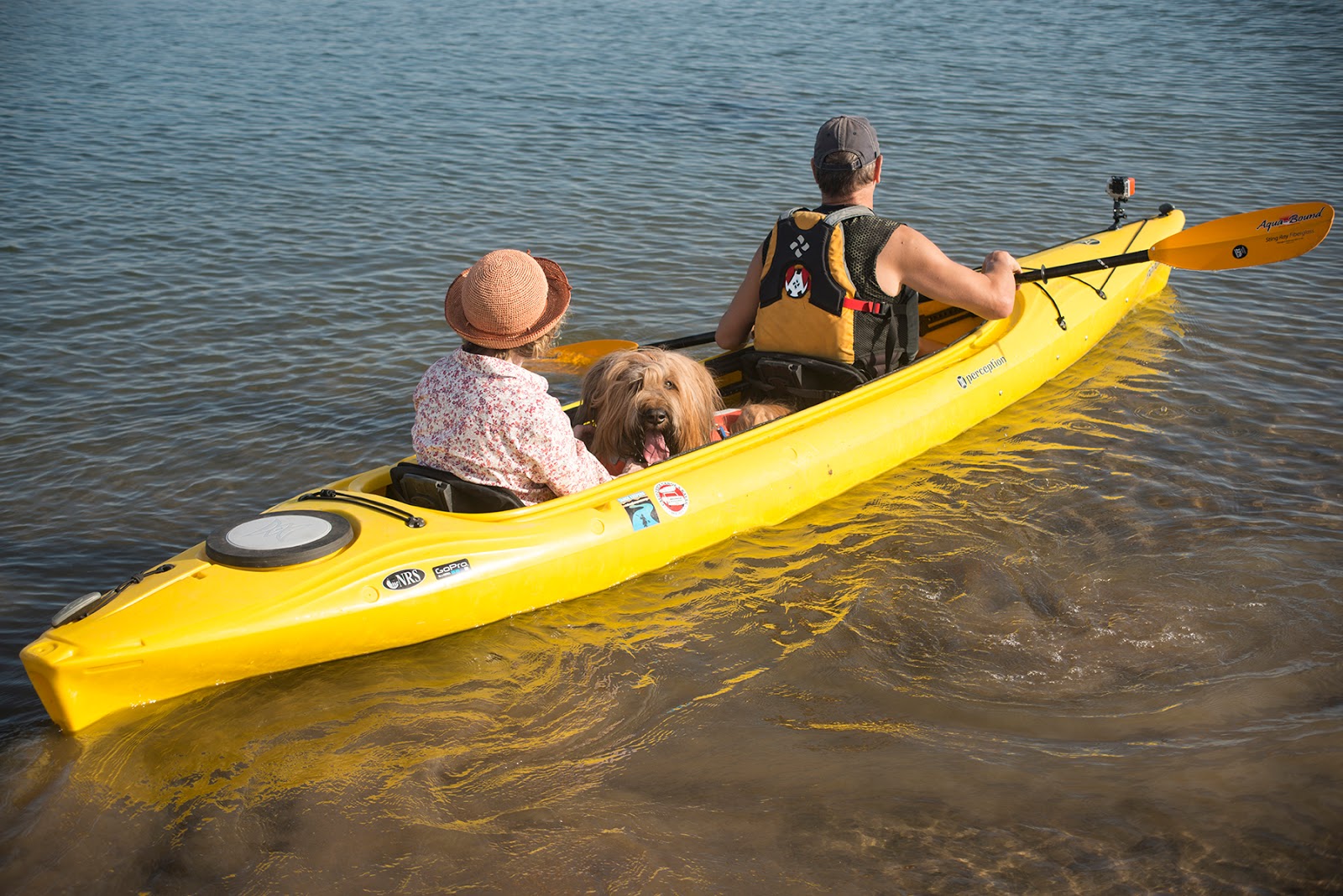 She settled in for a peaceful ride around the lake
on a beautiful day.  ("Au revoir!") 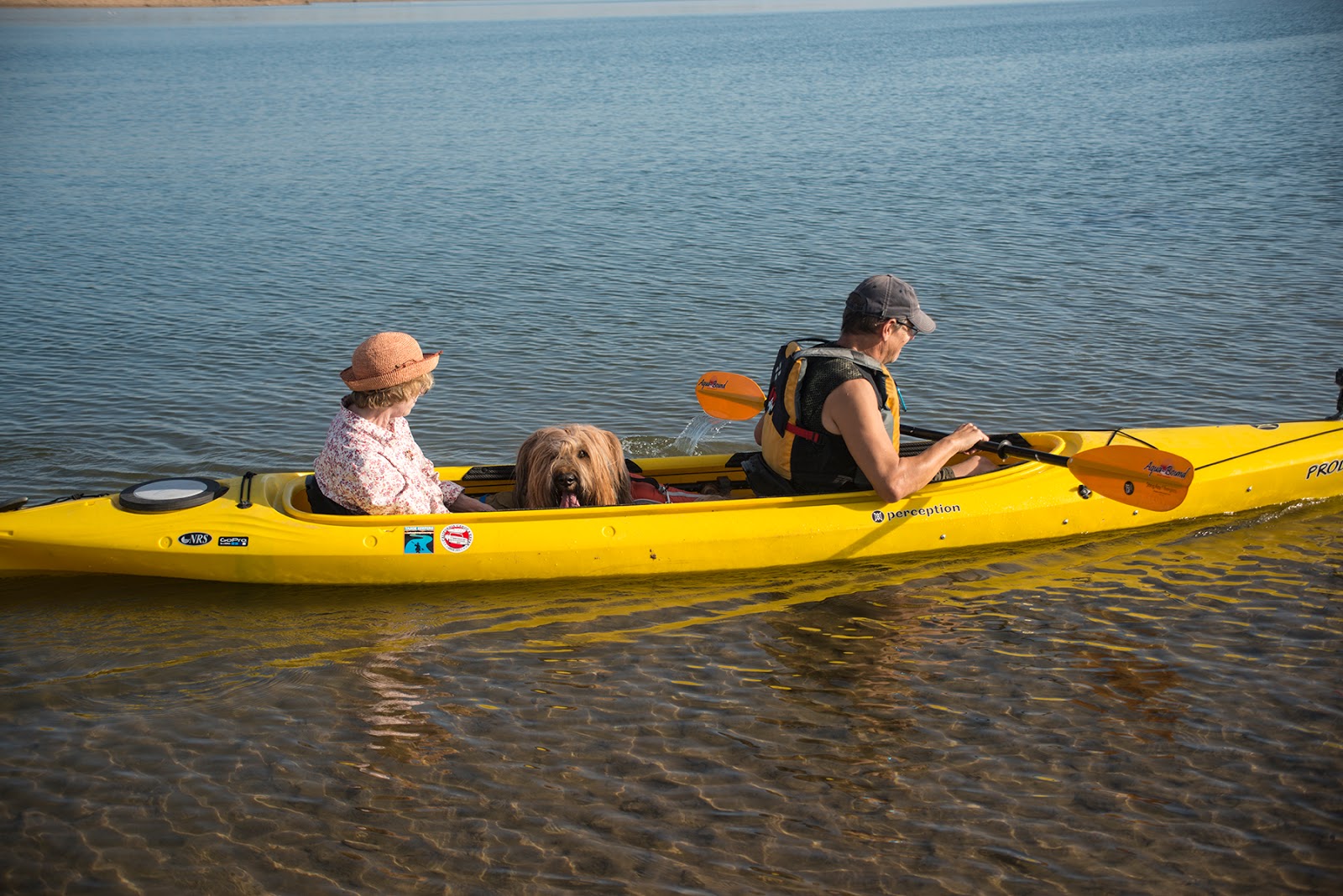 Then she started to shift. I wasn't sure what she was trying to do: jump in? She was leaning over the side of the kayak. The kayak was tilting with her weight. Nick assured me the kayak wouldn't tip over, but it certainly was leaning from her shifted position. ("I was thirsty!") I pulled her back into the kayak. 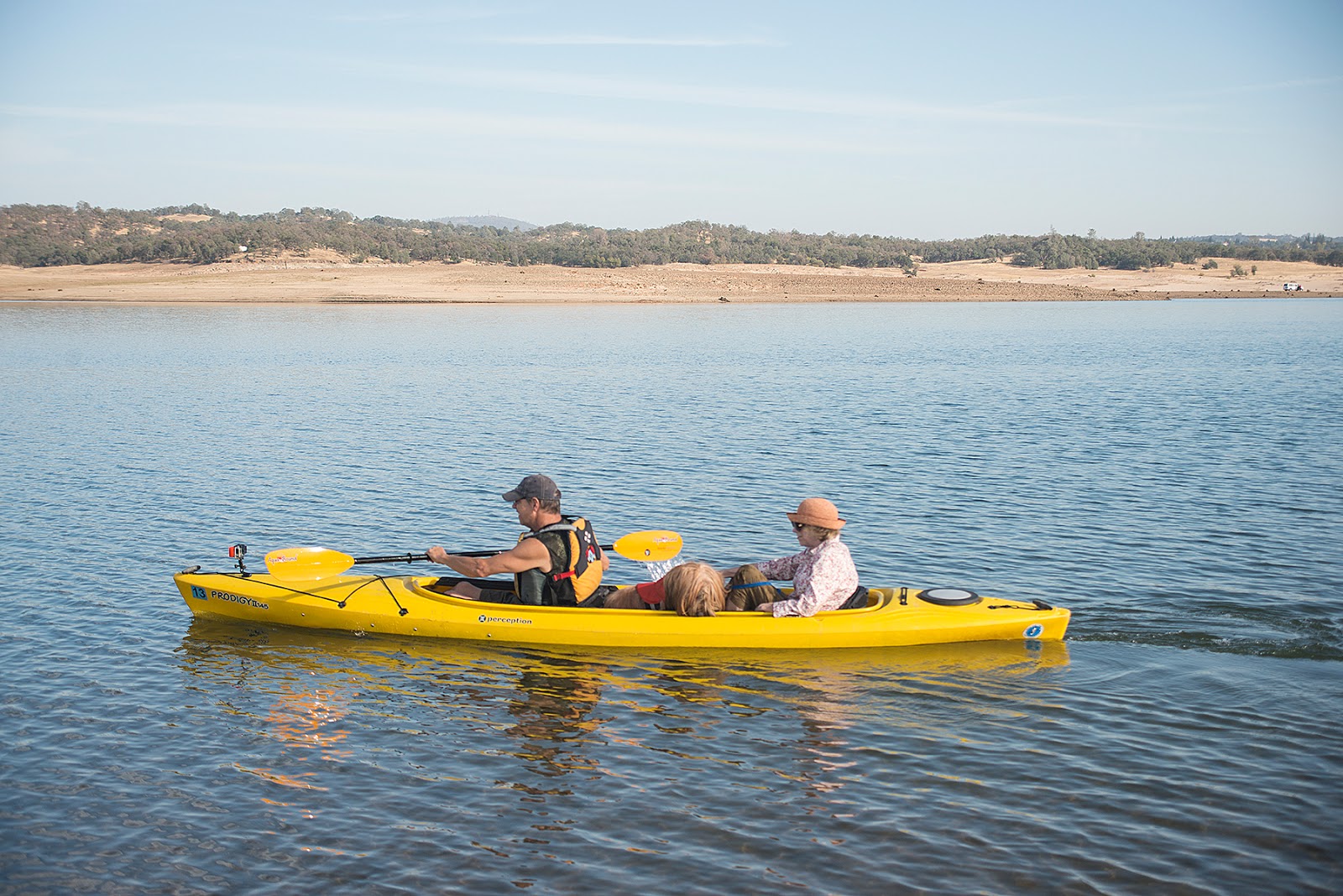 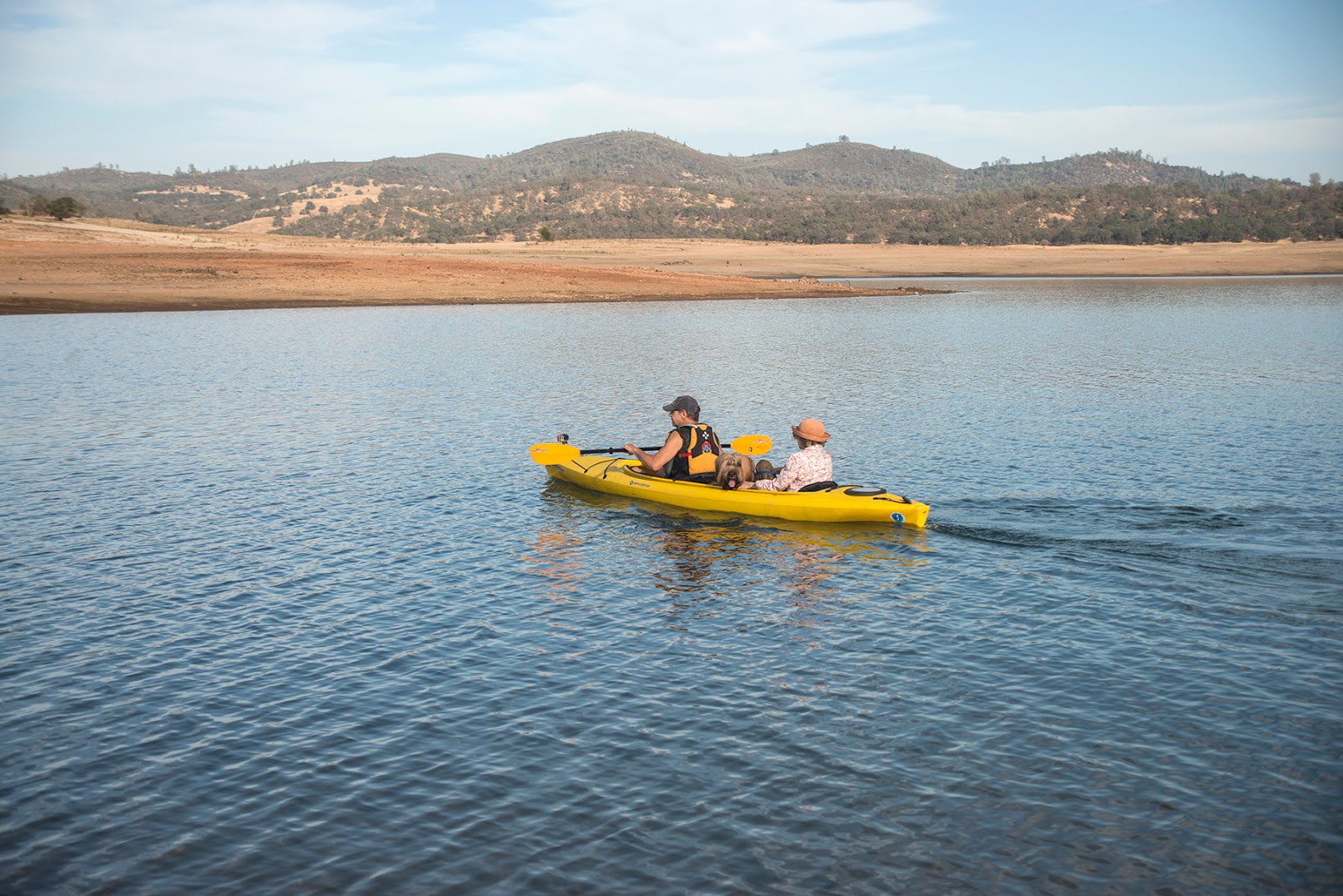 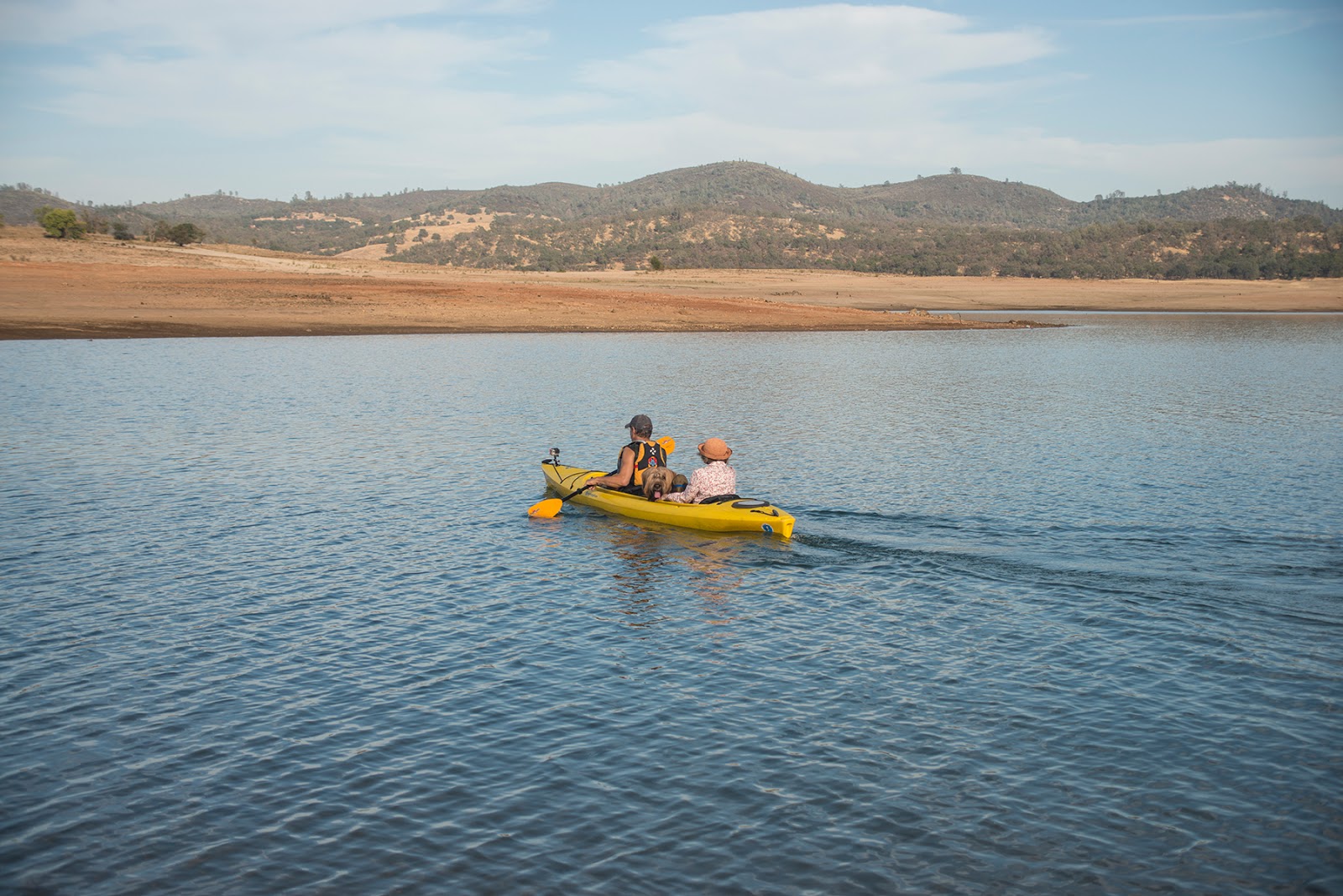 It was getting hot. Chou Chou's tongue tells me when she's too warm. So we headed back to shore. 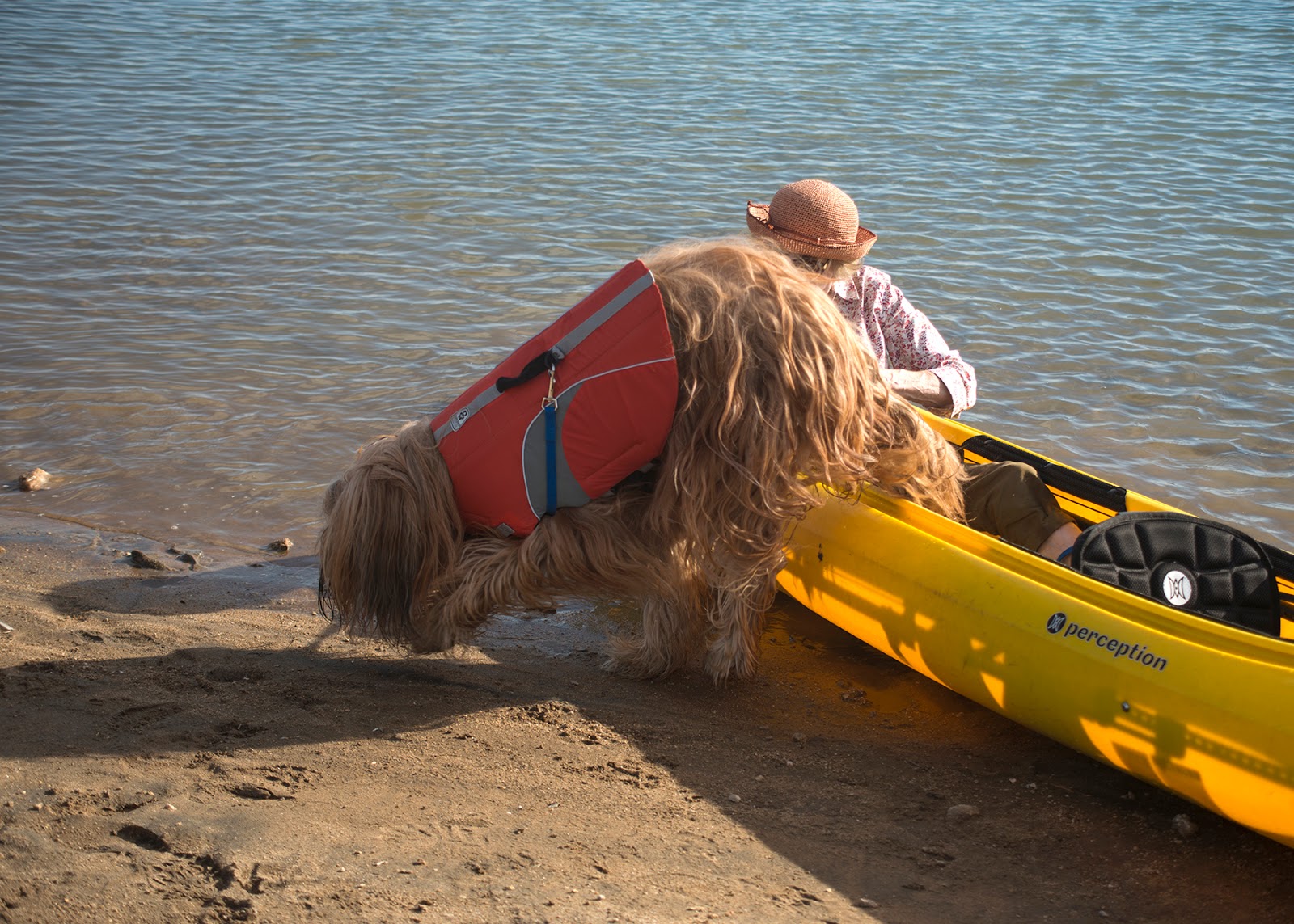 And out she jumped! 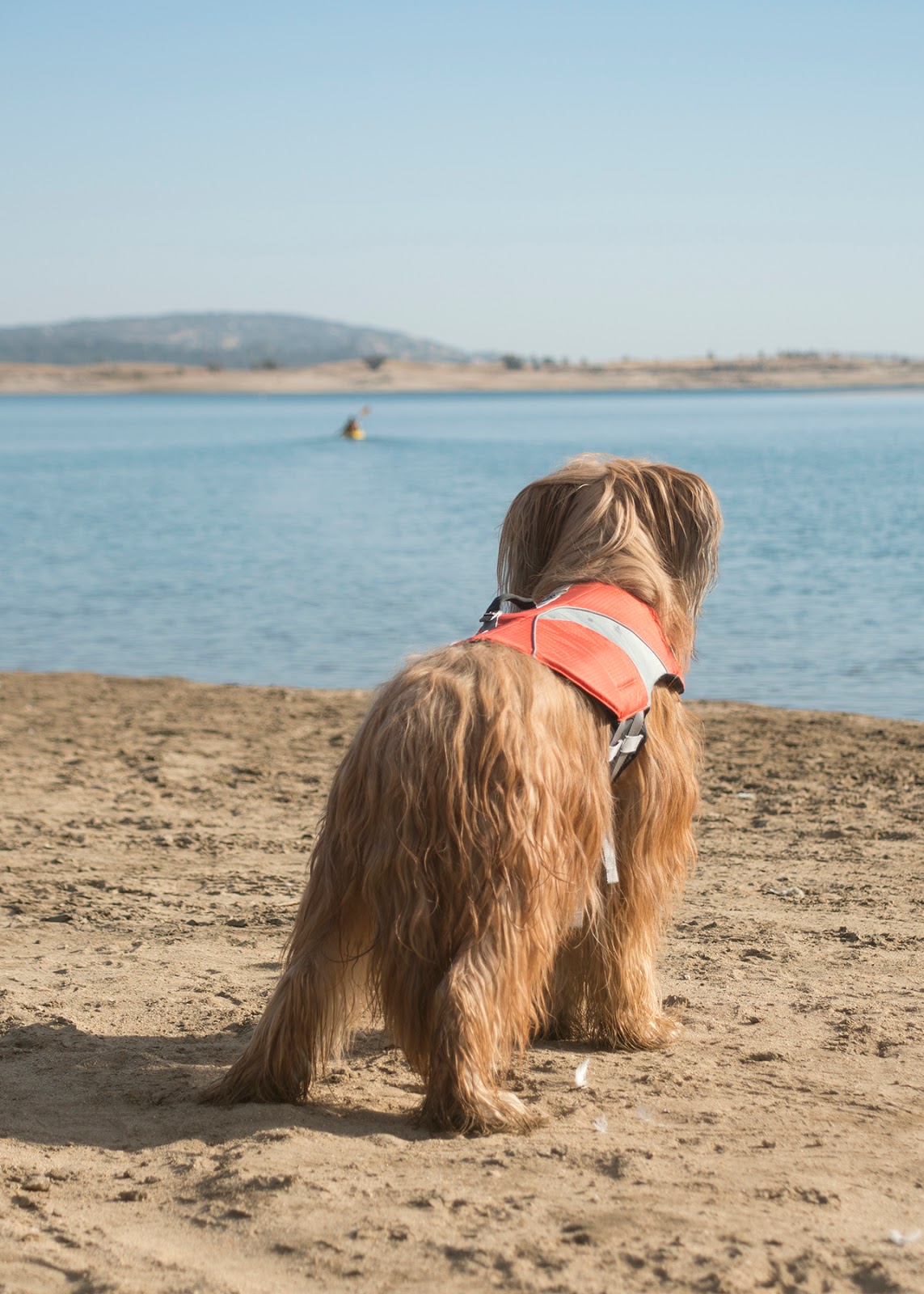 ("An excellent adventure for a briard pup like me! Merci, Debbie and Nick!")