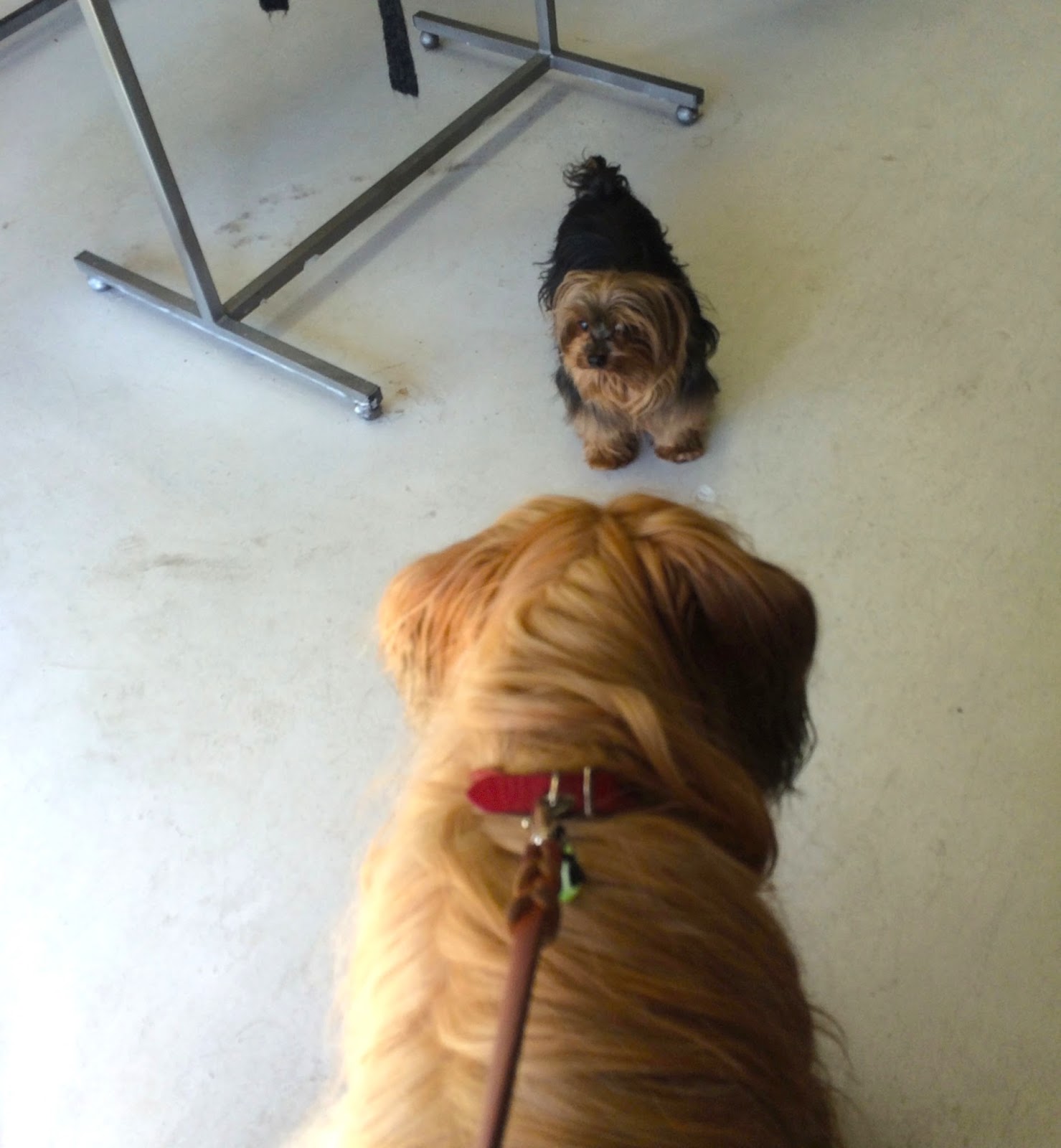 We were outside a Starbucks, waiting for friends, when Chou yanked me over to the window next door. It was a designer consignment boutique. I peered in the window and saw racks of clothes. Chou Chou saw something else.


A small dog was peeking out at her through the clothing racks. Chou Chou went into her prettiest puppy bow to win him over. He started to bark, to chase her away. ("I could tell he really liked me!") She watched him silently.

The owner of the boutique came out, the dog in her arms. She introduced Chou Chou to Louis (as in Louis Vuitton). He greeted her with a low, gutteral growl. Chou was delighted. ("We were having a conversation!")

We were invited into the store while I waited for my friends. That was a good thing because it was too hot outside -- in October! Little Louis was no longer scared; he was in his own territory. So they greeted each other in friendship. But in the store, Chou Chou was more curious about her surroundings than playing with the cute little dog, so she trotted around and explored.

Meanwhile, I realized I had a few items of clothing in the trunk of my car that I was planning to donate. The bag of clothes had been in my car for a long time. I gave them to the owner of the consignment boutique.

Our friends arrived and we went off with them to our next adventure!  ("And it was a very good adventure! But I hope I will see little Louis again sometime!") 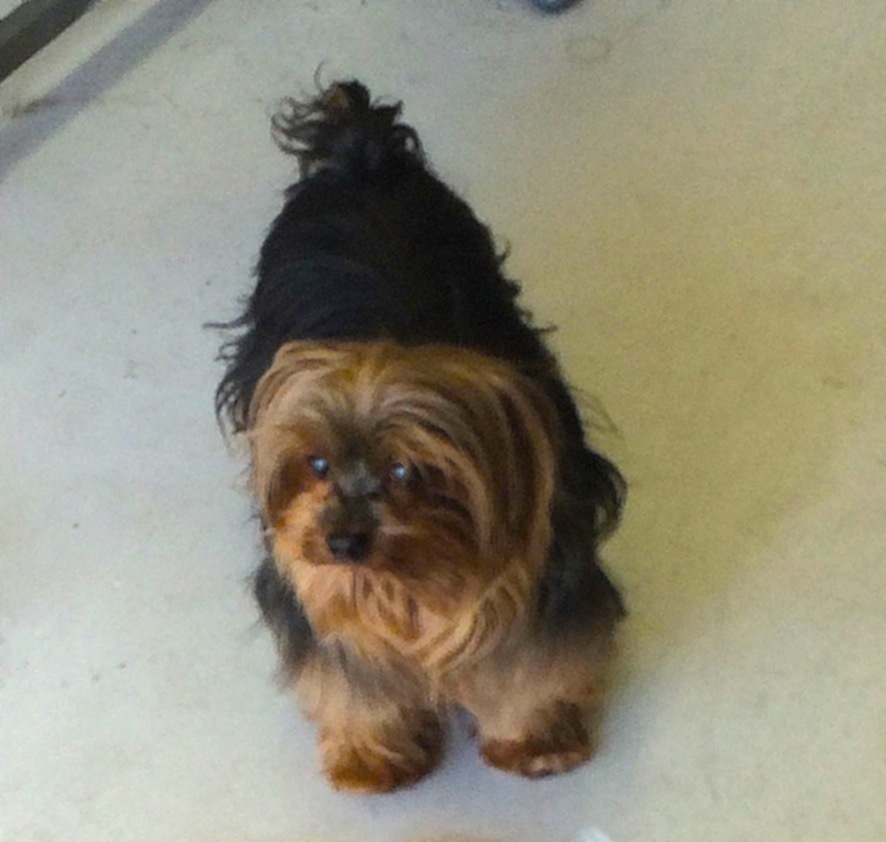