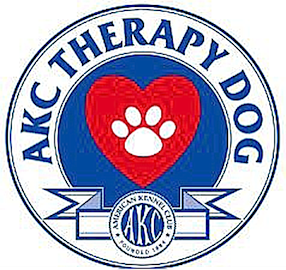 Chou Chou just earned her AKC Therapy Dog title, ThD! I am so proud of her! We worked hard as a team -- therapy dog and handler -- going to libraries, schools, and nursing homes with our animal-assisted therapy organization.

We passed the examination in July, 2013 and then did 6 probationary visits under the guidance of experienced Team Leaders, who offered feedback I could use for future visits. We were fully certified in August, 2013. 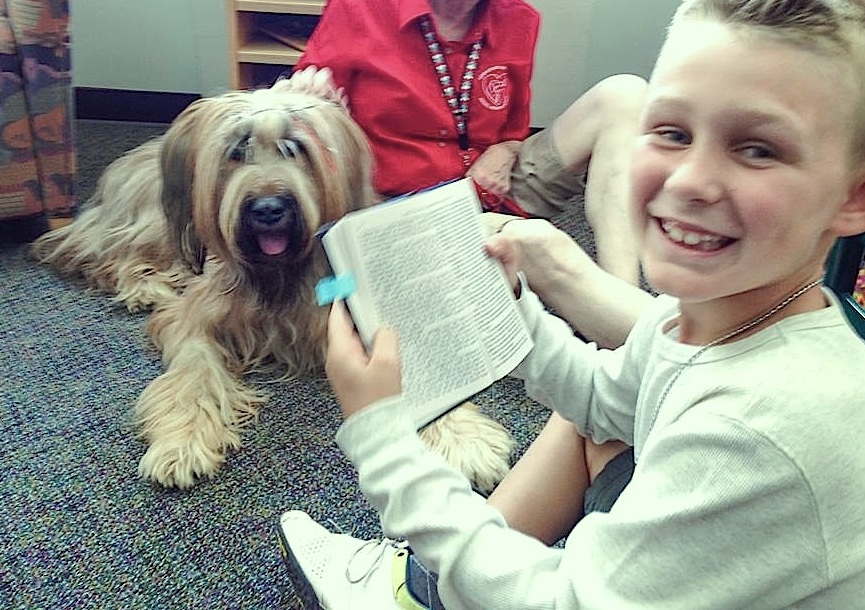 Now, a year later, Chou Chou and I have completed more than 50 assignments, visiting libraries, schools, and nursing homes. That qualified Chou Chou for the title AKC Therapy Dog.

There were some rough spots along the way. Chou Chou is still a puppy and sometimes got into trouble by trying to play with other therapy dogs when we were working. She is learning. ("No puppy bow barking allowed at the libraries! I have to use my soft library voice!") But here we are; she's earned her title. I am so proud of her!

This title was established by the AKC to recognize dogs and their owners/handlers "who have given their time and worked to improve the lives of the people they have visited... their efforts should be acknowledged and appreciated."

The title must be earned through an AKC recognized therapy dog organization, which certifies the dog and handler and confirms the fulfillment of the 50 required visits. The president wrote a letter to the AKC on behalf of Chou Chou's accomplishments.  ("I needed 50 visits, but I had 66!")

Chou Chou earned her AKC Canine Good Citizen title on her first birthday. Now she has the Therapy Dog title after her name as well: