Chou Chou's physical therapy veterinarian wanted her to try the land treadmill again. She doesn't like it. But unlike the water treadmill, it has an incline that the vet thought would be good for her hips.

She didn't mind getting on it, but when it started to move, she froze and skidded, and the treadmill had to be stopped, so she wouldn't fall off the back of it.

Lots of treats weren't enough to get her to walk. Someone had to get on and walk with her. ("I still don't like it! I will never like it! I told you that! People are slow learners!")

A few days later, Chou Chou went to the dermatologist. She hurt  the paw pads on her hind legs, which blistered painfully. ("One was especially ouchy!") 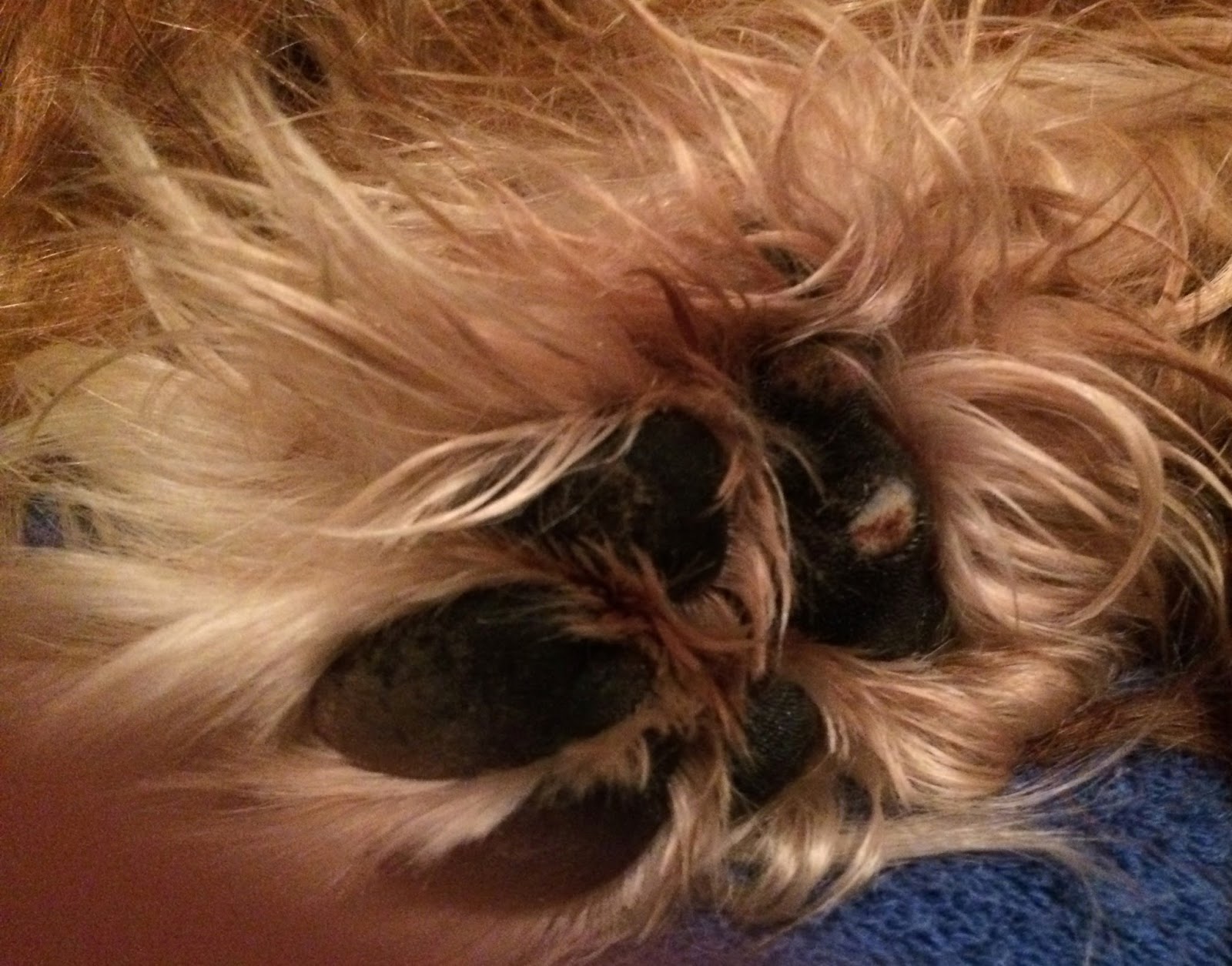 The dermatologist thinks she may have burned them by walking on a hot sidewalk. It's been over 100 degrees here on some days. Or, the vet thinks it could have been caused by her skidding on the land treadmill.

My directions were to put an antibiotic on the blisters, then put sock over her feet to keep her from licking it.

That kept her from her daily walking, to let the pads heal. ("And no land treadmill! I love my dermatologist!")

The recheck with the vet yesterday showed that her paw pads are healing and she is back to her walks around the park ("And water treadmill!")