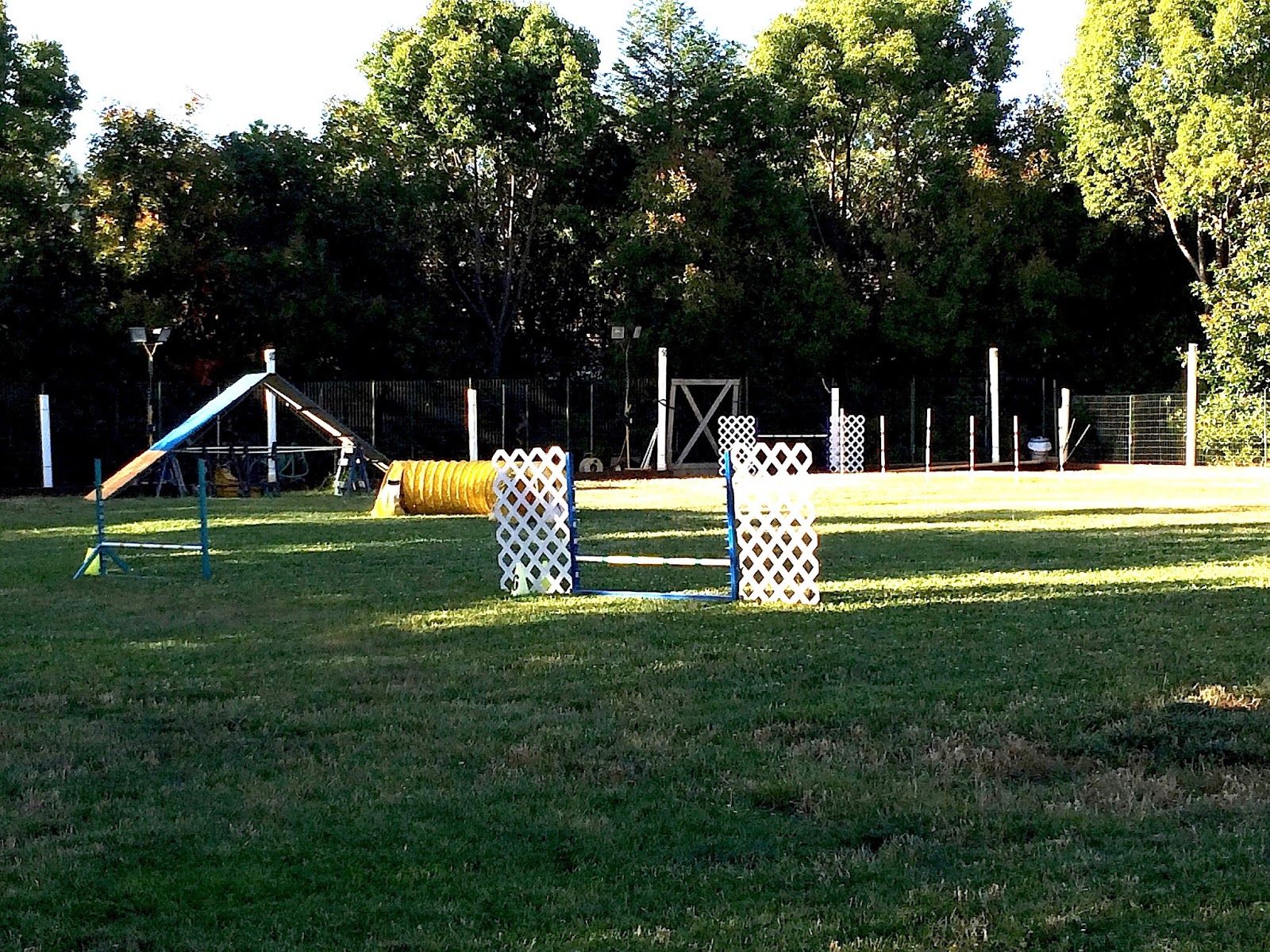 Something new! Chou Chou started agility training. I think she will like this. Doing therapy dog work, she has to sit still. But in agility, she can run and jump!

So far, she is learning self-control ("Ha!"). One exercise is to put a treat in my hand and let her see it. But if she goes for it, the hand closes ("That is not self-control! That is teasing!"). She learns to ignore it until she is given permission to take it. The exercise is "leave it" without saying anything. If I say "leave it" -- and she's good at that -- then I am in control; but if I don't say anything and she leaves it until being released to take it, then she is in control. It's a subtle difference. In agility, she will be working on her own.

Another self-control exercise is to put about 6 saucers on the ground, in a circle, and each holds a visible treat. We walk around the saucers; if she lunges for a treat, she can't have it and we keep walking. But as soon as she ignores it, she is released to take it.

(I'm a smart puppy! I figured this out fast! I just pretend to ignore it, and that tricks my pawrent into letting me have it!")

While we were practicing, Chou Chou suddenly stopped and stood at attention, completely still. She was on alert. What did she smell? What did she hear? Or what did she see? I didn't hear anything, or see anything in the direction in which she was looking.... and then I vaguely saw it, when it moved.

She saw a cat, on the other side of the fence, 130 ft. away. Nothing wrong with her day vision! After a problem with her recent eye exam, this seemed like good news. ("You didn't see that cat? Maybe you need an eye exam?")

Dogs have an excellent sense of smell. Maybe she didn't see the cat. Maybe she just smelled it. ("I smelled it and I saw it! Don't be snarky!")

I've been doing agility with my shelties for years, you're both going to love it!