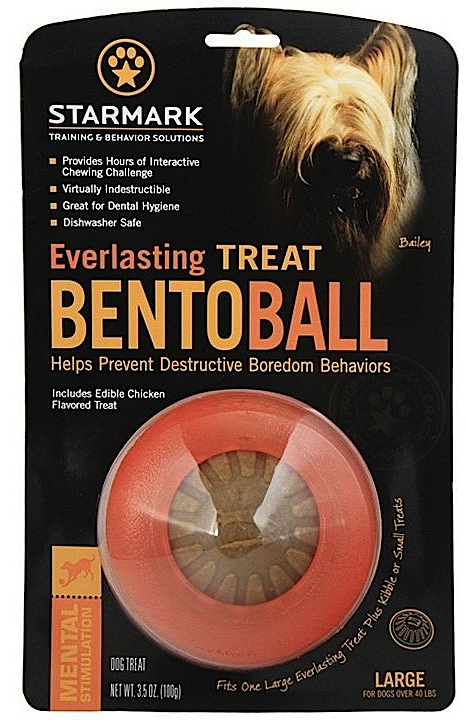 Chou Chou has a new toy. She had the smaller version when she was 6 months old, but she chewed through the rubber. Sharp little puppy teeth! This one is much bigger. How could I resist a toy with a briard on the package? ("I don't care about the package! Please open it so I can play with it!")

Her birthday is coming up in a few days. I will think of something special for her. But no butter cream icing! ("Awww! I am so, so disappointed in my pawrent!") 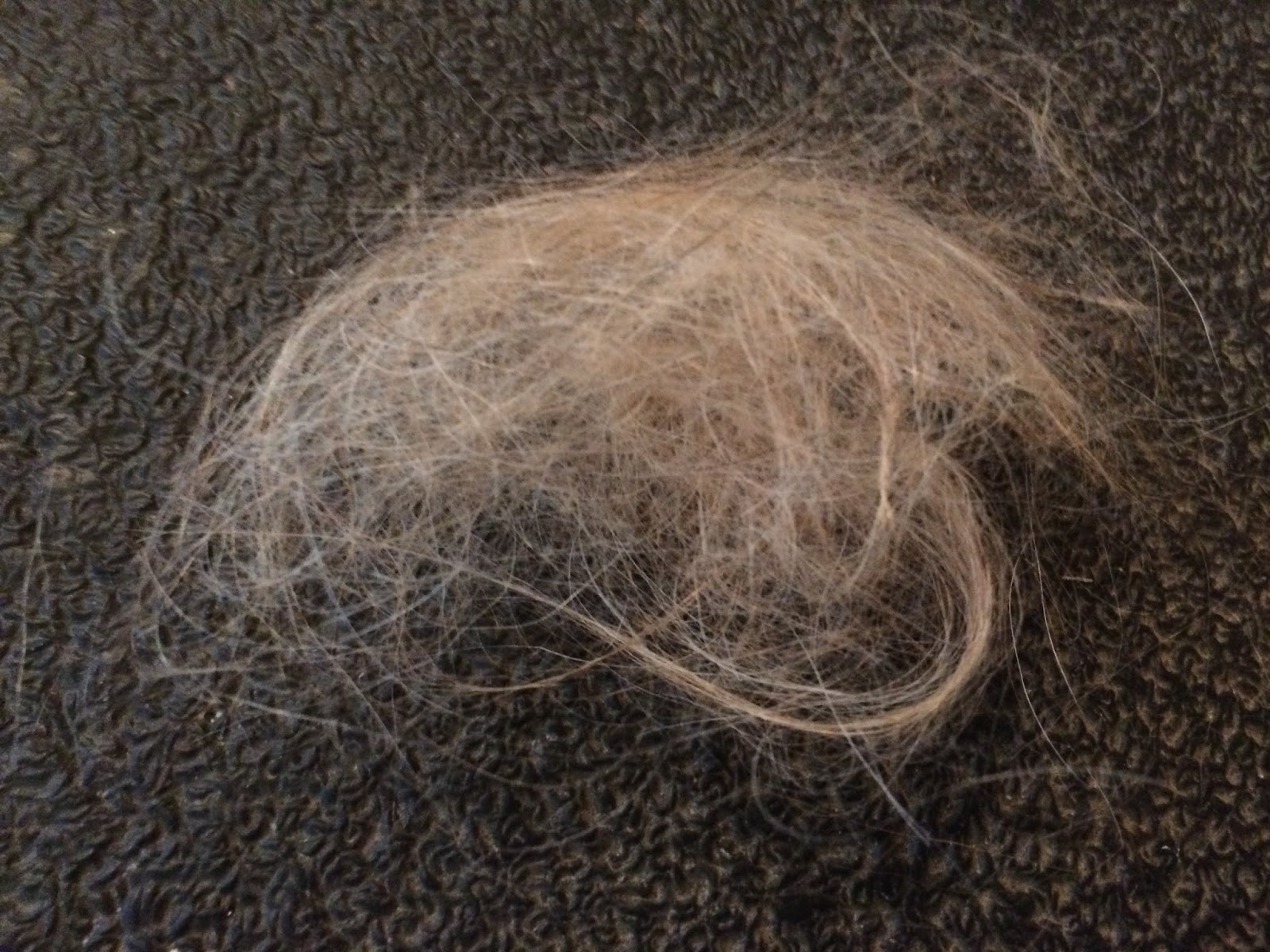 It's allergy season here. Chou Chou's ears get so itchy that she wants to rub and scratch at them. She tore another clump of hair off the top of her head. Hate that! I hope new ear drops from the vet will help, plus Benadryl and hypoallergenic shampoo. I take antihistamines, too. 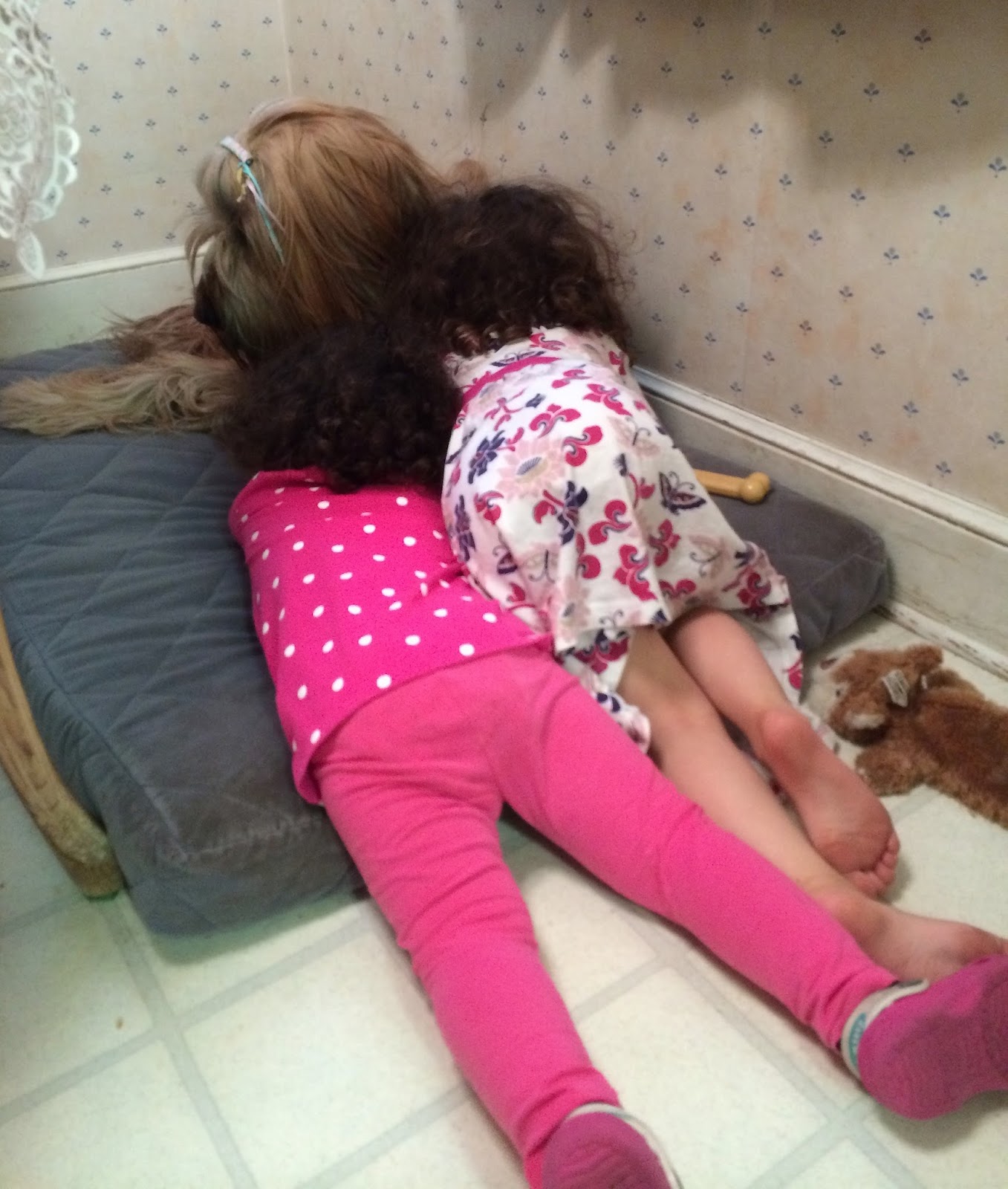 The little girls came back to visit. Chou Chou's therapy dog library work with children is such good practice for this. She is very tolerant of their yelling and jumping, their excitement to see the puppy. After a while, though, when she feels crowded, she gets up and moves to a different room. The little girls follow her ... but their mom says, "Girls, I think Chou Chou needs some alone time now." They understand and wait for Chou to come back to play.

Chou went to San Francisco with me, for my haircut. She is an invited guest of my hair stylist, Sebastien, who is from France and loves briards. She sits at my feet. As my hair is cut, the clippings land on her. So until she gives herself a shake, she has more hair on her than she came in with! 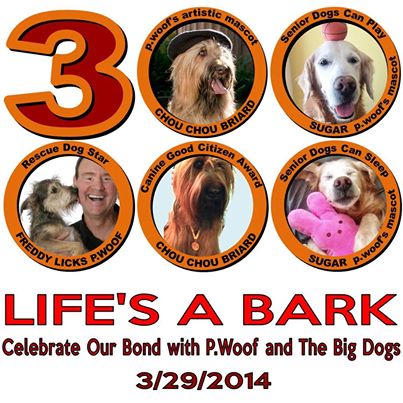 I have been invited to help administer a large Facebook page. Last count, they are up to 340,000 Likes. I post the Supermodel of the Day winners and sometimes I post about Chou Chou. Do you recognize Chou Chou in the graphic?

As I've worked with that Facebook page, I've noticed that when people post photos of their dogs with children (or my video of Chou Chou with Brandy the cockatoo), there's always someone who comments that the person who took the photo is "irresponsible" and "stupid," because the dog could bite. If you have a photos with 2 dogs together, one might bite the other, too, but no one comments about that. Or the dog could bite the owner. Or a stranger. The best way to create a fear-aggressive dog is to isolate it from all contact with people and other animals, instead of socializing him/her.

Can we just trust that the photographer/dog owner is right at the scene, ready to intervene, and knows what he/she is doing? Can we just enjoy cute photos without the lectures?