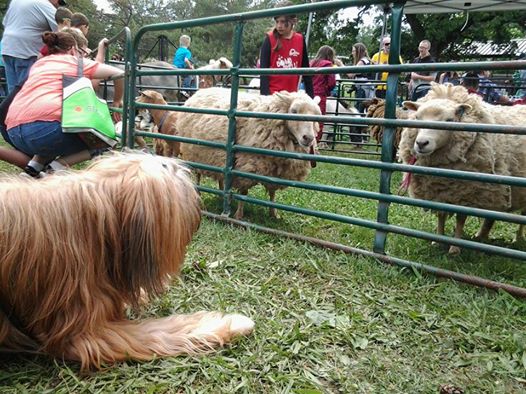 Chou Chou Briard and Friends went to the Pet-A-Palooza in Citrus Heights, CA.  There was a petting zoo -- what a great opportunity to meet sheep! Chou is a French herding dog, so I wanted to test her instincts!

There were an estimated 6,000 people in attendance and 2,000 dogs. It was a big area, but still, that's a lot of dogs! Other pets were welcomed, and we saw one cat and one snake. 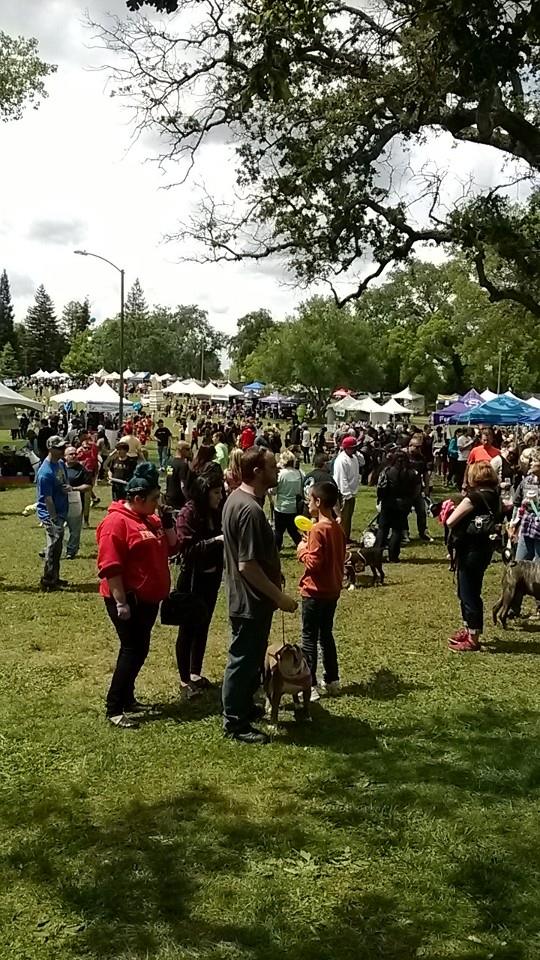 The event was sponsored by a local radio station, and included booths for animal rescue and other non-profit organizations. There was entertainment (live, loud bands) and some dog activities such as agility and water demonstrations.

We walked around and after a while, Chou Chou settled down and stopped pulling me towards other dogs.

Eventually, we headed over to a petting zoo. I heard they had sheep. Perfect! I could see what Chou Chou the French Herding Dog would do upon seeing these animals for the first time -- from a safe distance behind a fence. She walked over to the fence, sniffed, and when the sheep approached, she jumped and retreated, hair flying. 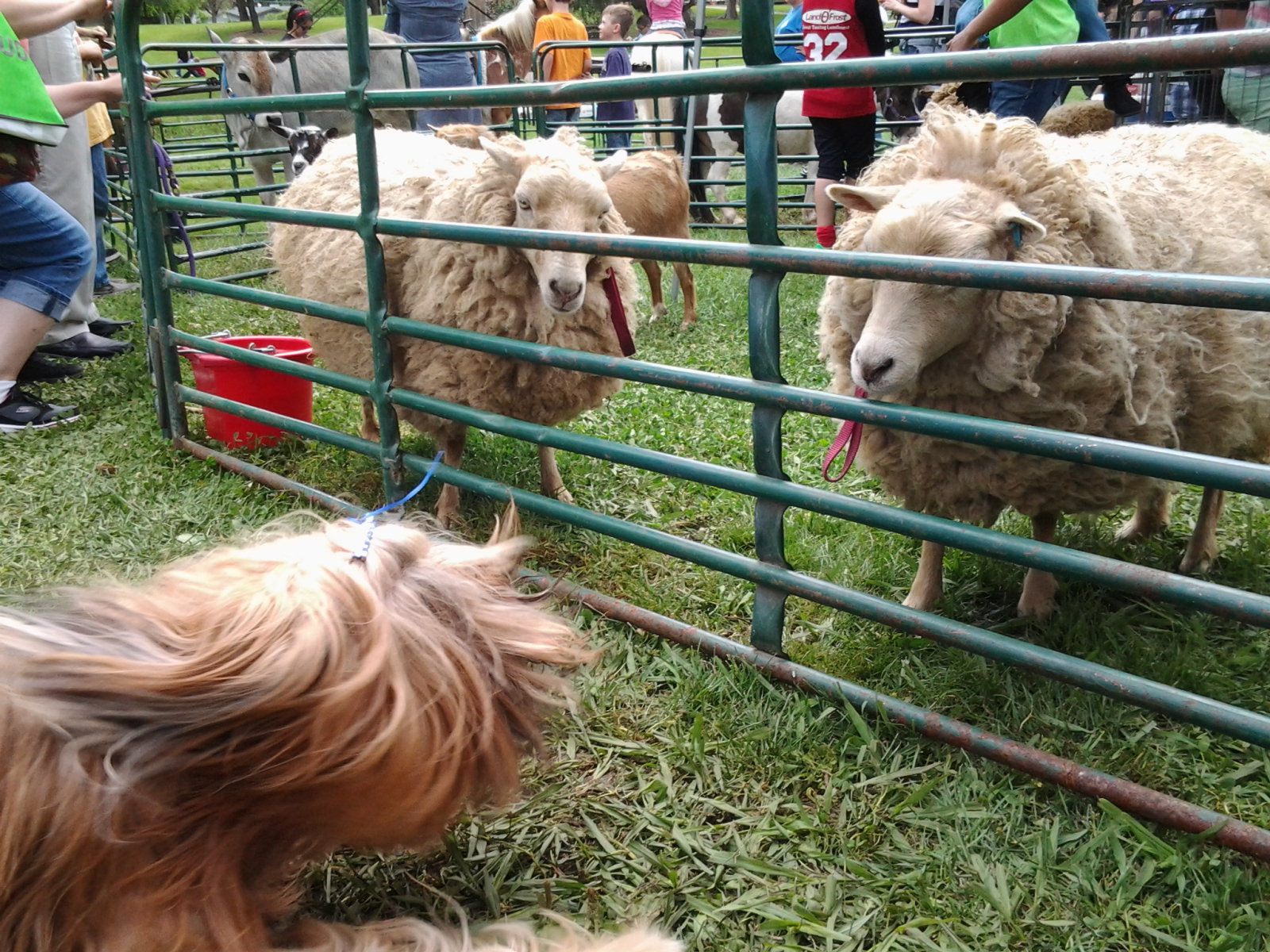 She was afraid of the sheep! ("Awww. Don't tell them that! So embarrassing!") I kept encouraging her to get closer, holding dog treats near the sheep, but she kept backing away.

The baby goats were a different story. She seemed to like them. They came up to the fence and she sniffed them. She didn't back away... until one of them tried to butt her with its head. She jumped back ("Wouldn't you?!"), but regained her composure and went right back to the baby goat. She got into her play bow, tail wagging, and gave a bark. She wanted to play with the goat!

So maybe someday she can try herding goats, but maybe not sheep.