Toffee came to visit, to watch the Puppy Bowl. It went much better than I had imagined. Two big dogs in a small space filled with antiques, but nothing was chewed, broken, or spilled. 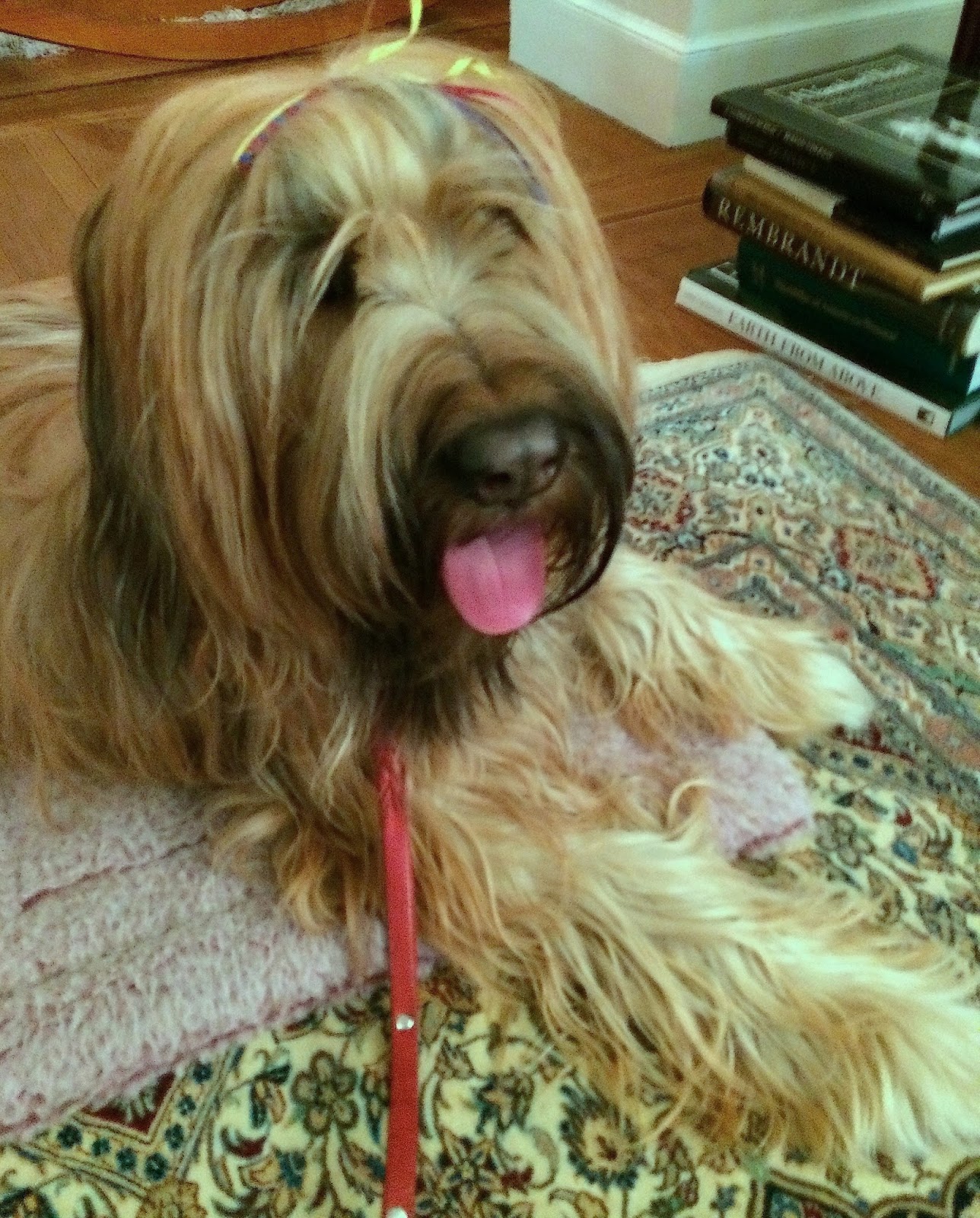 I laid out two dog crate mats over my carpet and set out some chew toys. ("When Toffee and Mary arrived, I was so surprised and excited!") We kept them both on leashes, in case we had to separate them. ("We get wild and crazy sometimes!") It took a while to get the two pups to settle down -- Chou wanted to wrestle and Toffee wanted to sniff the furniture -- but they did. 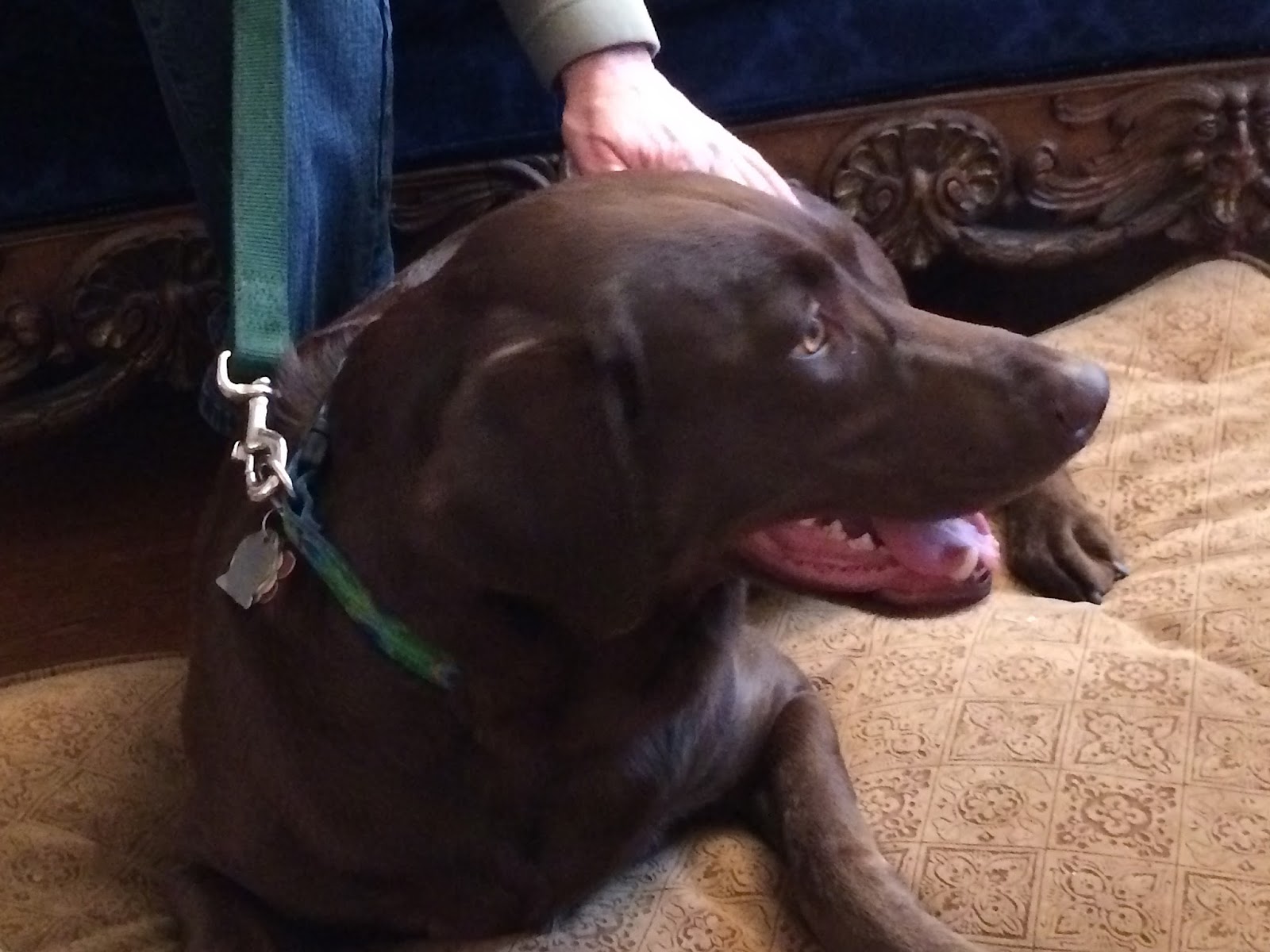 The Puppy Bowl did not interest them. Sadly, there was no on-air barking; the puppies were muted to focus on the commentator. But the two of them perked up when they heard one of the contestants chewing a squeek toy.


So Mary and I had coffee and Russian tea cakes, and the two pups played with the toys. Whatever toy Toffee chose, Chou wanted it. ("Oui! All the toys were mine!") They settled on a rope they could both chew and pull. 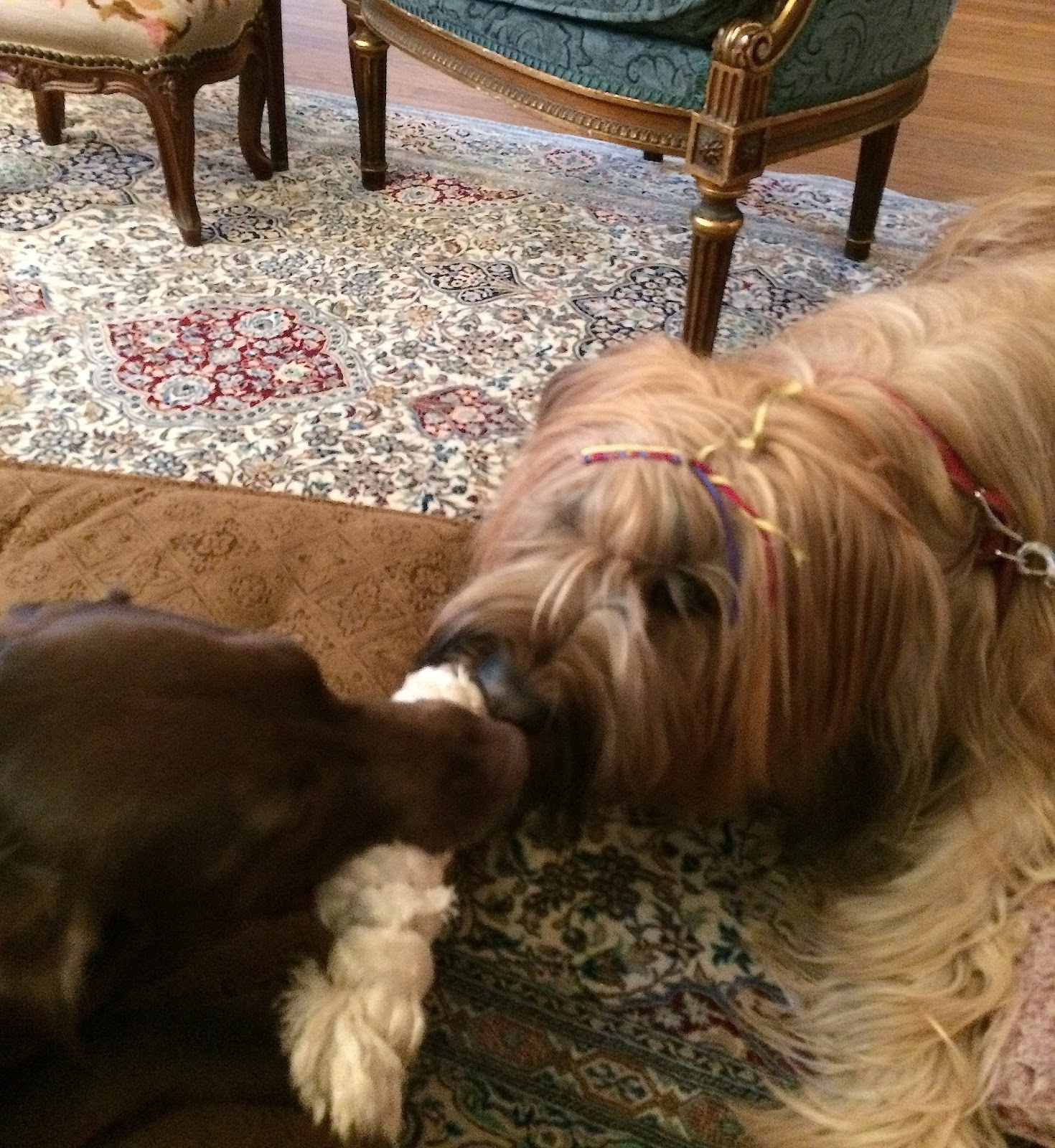 The show was very clever. I liked the penguins and the hamsters the best. ("Why not the puppies on the TV?") The cutest pups were in my living room.